You can catch the live cricket score an ball-by-ball commentary of the Champions League T20 (CT20) Group B Match 9 between Australia’s Hobart Hurricanes (HBH) and New Zealand’s Northern Knights (NK) at Raipur on Tuesday. 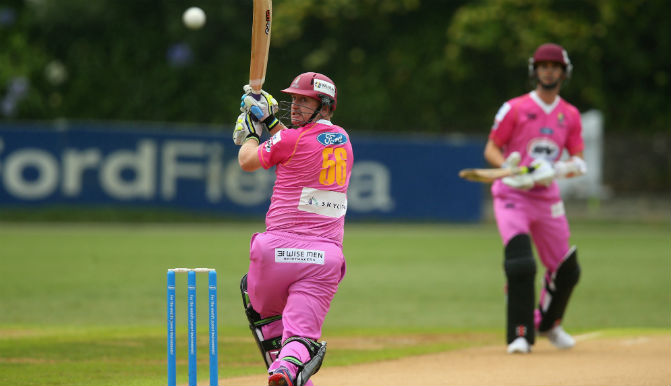 You can catch the live cricket score an ball-by-ball commentary of the Champions League T20 (CT20) Group B Match 9 between Australia’s Hobart Hurricanes (HBH) and New Zealand’s Northern Knights (NK) at Raipur on Tuesday. Both teams are coming in to the match at the back of an impressive win each. Also Read: Check the Points Table of the Group Stage of Champions League T20 2014 (CLT20) Also Read - NWW vs NK Dream11 Team Predictions, Ireland Inter-Provincial T20: Captain And Vice-Captain, Fantasy Cricket Tips North West Warriors vs Northern Knights at Bready 6:00 PM IST Thursday August 20

Northern Knights have been the team of the season so far, winning all their three qualifier matches and then going on to register an easy win against Cape Cobras. Kane Williamson has been in fine form for the New Zealand side, scoring a century and two fifties in four matches. Anton Devcich, BJ Watling and Daniel Flynn have provided him good support at the other end. The bowling too is led well by Tim Southee and Trent Boult, who have provided the early breakthrough and troubled the opposition top-order with bounce and movement. Also Read: Champions League T20 2014: Complete squads of all teams of CLT20 2014

Meanwhile, Hobart Hurricanes are coming in to the match after sealing a sensational finish in the last match. Ben Dunk and Aiden Blizzard struck half centuries to take the Australian side over the victory line. Hobart Hurricanes had lost their opening encounter against Kings XI Punjab (KXIP) at Mohali. Even as their batting has regrouped, the bowling is performing far from the class they show on paper.Champions League T20 2014 Schedule: All Match Fixtures and Complete Time Table of CLT20 2014