Catch the live cricket scoreboard and ball-by-ball commentary of Kings XI Punjab (KXIP) vs Barbados Tridents (BT) in Group B Match 5 of Champions League T20 (CLT20) 2014 at Mohali on Saturday. 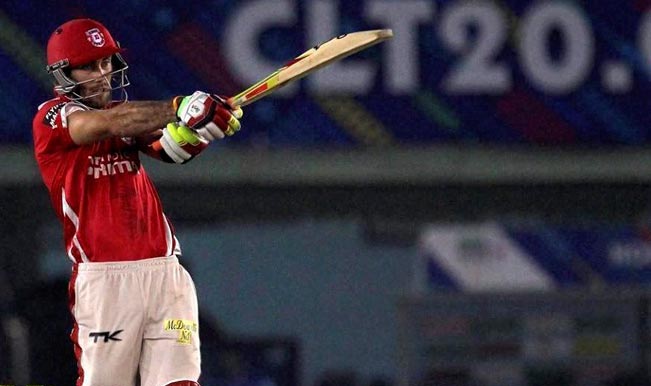 Catch the live cricket scoreboard and ball-by-ball commentary of Kings XI Punjab (KXIP) vs Barbados Tridents (BT) in Group B Match 5 of Champions League T20 (CLT20) 2014 at Mohali on Saturday. Teams from the Caribbean have regularly sprung a surprise in the past editions of the tournament. However, Kings XI Punjab won’t be an easy opposition Also read: Check the Points Table of the Group Stage of Champions League T20 2014 (CLT20) Also Read - IPL 2020: Ravi Bishnoi Credits Anil Kumble For Backing His Skills And Advise to Stay Calm

Skipper George Bailey, Glenn Maxwell and Thisara Perera bailed Kings XI Punjab in their opening match of the CLT20 2014. However, they would want the top-order to fire soon. Virender Sehwag, Manan Vohra, Wriddhiman Saha and David Miller failed against Hobart Hurricanes, exposing the middle order to chase a low target. However, against the Caribbean champions, the total might be much bigger, despite the absence of their skipper Kieron Pollard. Also Read: Champions League T20 2014: Complete squads of all teams of CLT20 2014 Also Read - IPL 2020: Sunil Gavaskar's Comment on Virat Kohli And Anushka Sharma Creates Controversy

Barbados Tridents, on the other hand, banks on players who are handy in every department – batting, bowling and fielding. At the top of the batting order, they have the firepower of Jonathan Carter and Elton Chigumbura. Neil McKenzie provides the experience in the middle-order alongside the bits and pieces all-rounders in the form of Jeevan Mendis, James Franklin and Ashley Nurse. The bowlers – Rayad Emrit, Jason Holder and Ravi Rampaul are in good form coming into the tournament. However, the absence of star all-rounder Kieron Pollard is sure to hurt the balance of the team and its chances in the tournament. Champions League T20 2014 Schedule: All Match Fixtures and Complete Time Table of CLT20 2014 Catch the Live Cricket Score and ball-by-ball commentary of the CLT20 2014 clash between Kings XI Punjab and Barbados Tridents