You can catch the live score board and ball-by-ball commentary as the Indian Premier League (IPL) champions Kolkata Knight Riders (KKR) takes on Perth Scorchers (PRS) in Champions League T20 (CLT20) 2014 Group A Match 10 at Hyderabad on Wednesday. 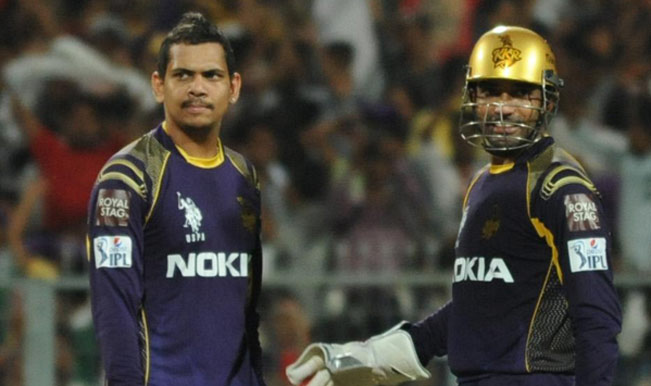 Kolkata Knight Riders have registered wins in both their matches so far in the tournament. After a come-from-behind win against Chennai Super Kings, they put up a much more commanding performance against Lahore Lions in the second game. While Ryan ten Doeschate and Andre Russell shined for them in the opening encounter, Gautam Gambhir and Robin Uthappa put up a century stand for the opening wicket against the Pakistani opponents. Also Read: Champions League T20 2014: Complete squads of all teams of CLT20 2014 Also Read - IPL 2020: Ali Khan Becomes First Player From USA, Joins Kolkata Knight Riders as Harry Gurney's Replacement

Meanwhile the champions from Australia will be well aware that they need to play their game against their Indian counterparts in order to emerge victories in this encounter. It took an amazing last over display by Mitchell Marsh to get them over the line against Dolphins. Champions League T20 2014 Schedule: All Match Fixtures and Complete Time Table of CLT20 2014