Catch ball-by-ball commentary of day two of the second Test between India and Australia here. 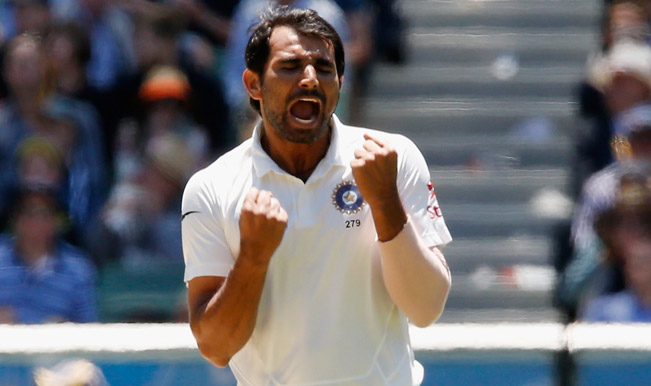 Australia were in urgent need of another responsible knock from their captain after some fine bowling display reduced the hosts to 216 for five after tea. But Smith along with senior pro Brad Haddin (batting 23) showed composure in the middle to prevent Australia from falling apart against some quick and hostile pace bowling from the Indians, quoted IANS. Catch the Live Streaming of the second Test between India and Australia here Also Read - India's COVID-19 Tally Nears 6 Million; 10 States, UTs Account For 75% of New Cases | Key Points

Smith, who won the toss in his second Test as skipper, came in to the crease with his team at 115 for two at the dismissal of opener Chris Rogers (57) and soon saw well-set Shane Watson (52) depart on the same score.  He progressed to 23 at tea with Australia at 174 for three and the game nicely in the balance.

Smith, showcasing his fluent strokeplay and decisive footwork, accepted the burden of shaping his team’s innings that threatened to nosedive after the hosts lost two wickets in quick succession twice to be reduced to 115 for three and then 216 for five. In the form of his life after posting centuries in Adelaide and Brisbane, the 25-year-old completed 1,000 Test runs this calendar year, in just his ninth match, when he reached 60