An Indian win, a New Zealand win, and a draw – all three possibilities are open, and that makes the Reserve Day of the ongoing World Test Championship at Southampton on Wednesday a mouthwatering prospect. While India would look to put on a total and bowl out NZ, the Kane Williamson-led side would look to bundle out Virat Kohli and Co in the first session and then get the runs. While all calculations would be chalked out, the weather tomorrow is something that fans would have their eyes on, given that two days have already been washed out.

The best part about Wednesday is that there is little to no chance of rain and that would bring a sigh of relief for fans who want to see competitive cricket. 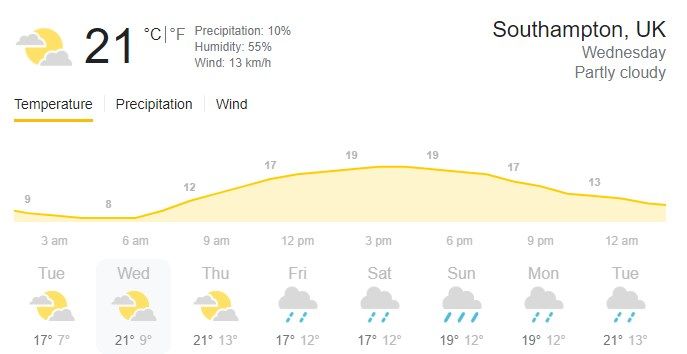 ICC on Reserve Day: “In the event of time being lost during the match, the ICC match referee will regularly update the teams and media about the way in which the reserve day may be used. The final decision on whether the reserve day needs to be used will be announced at the scheduled start of the last hour on the fifth day,” an ICC statement said.