Liverpool vs Middlesbrough, Preview and Team News, Capital One Cup 2014-15: Boro out to pile more misery on Reds

Liverpool vs Middlesborough, Capital One Cup 2014-15 Third Round Preview. 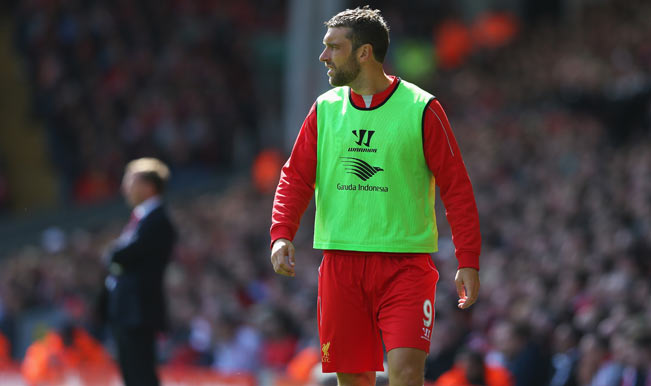 Rickie Lambert will be hoping to impress on his full Anfield debut.

Liverpool play hosts to Championship’s side Middlesborough in the third round of the Capital One Cup 2014-15 on Tuesday night at Anfield. The Reds were eliminated by arch-rivals Manchester United in the third round last season while the Aitor Karanka’s side were knocked out by League Two’s Accrington Stanley in the first round. Also Read - Defending Champions Liverpool Get Title Defense Underway Against Leeds United As Premier League 2020-21 Kicks Off

The Merseyside club come into this fixture in the aftermath of a 1-3 humiliation at the hands of West Ham United last Saturday at Upton Park. Raheem Sterling was the only goalscorer of the match as the Hammers outplayed the visitors in all departments. Brendan Rodgers will be hoping for his side to bounce back after having suffered back-to-back defeats in the Barclays Premier League 2014-15. Also Read - Transfer News: Ex-Liverpool Footballer Jamie Carragher on Barcelona Star Lionel Messi's U-Turn

The Teeside based club overcame Oldham in the first round of this season’s Capital One Cup with a 3-0 scoreline and followed it up with a 3-1 victory against Preston North End. Lee Tomlin netted a brace and Tom Clarke scored an own goal to ensure the home side progressed with ease. 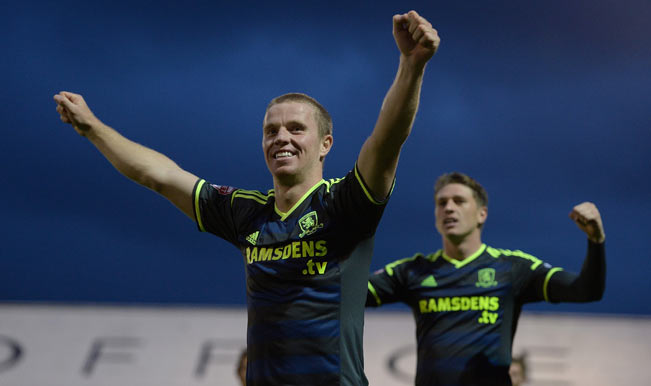 Grant Leadbitter, Middlesborough’s top scorer this season, has a huge task of silencing the Anfield crowd.

Aitor Karanka is likely to feature many of his first team players in hope of pulling off a giant killing act and take advantage of Liverpool’s struggles without Luis Suarez this season.

Rickie Lambert will start for his boyhood club for the first time after signing from Southampton this summer. Jordan Henderson and Philippe Coutinho are doubts with hip and groin problems respectively while Glen Johnson, Daniel Sturridge (both hamstring), Jon Flanagan, Joe Allen (both knee) and Emre Can (ankle) are all ruled out.

Aitor Karanka has no injury headaches but Dean Whitehead will not feature at Anfield after picking up a red card against Brentford while Daniel Ayala could feature against his former club after completing his ban.