Manchester United manager Louis van Gaal on Tuesday said the club will challenge for the English Premier League title next season, but only if they spend wisely in the summer. 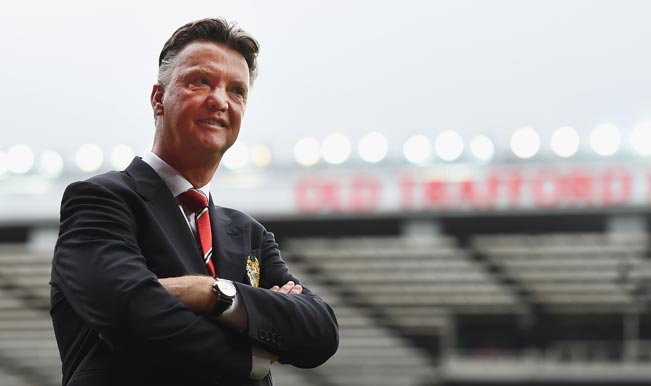 Manchester, May 26: Manchester United manager Louis van Gaal on Tuesday said the club will challenge for the English Premier League title next season, but only if they spend wisely in the summer. Van Gaal spent heavily in his first season at United, bringing Angel Di Maria, Daley Blind, Luke Shaw and Marcos Rojo to one of the richest football clubs. Even though they did not win the EPL title, their fourth place finish ensured they qualify for the playoff round of the European Champions League. Also Read - RB Leipzig vs Paris Saint-Germain: French Champions Win 3-0 to Enter Maiden Champions League Final

“The board of Manchester United shall say now we have to battle for the championship. It’s a fantastic challenge but that’s also dependable on how we can purchase very good players and how we can improve our balance in our selection,” van Gaal was quoted as saying by Manchester United TV. And now the 63-year-old wants to add to his squad in the summer to ensure he can build a title-winning side. Also Read - Zlatan Ibrahimovic is a Born Winner, he Was What Manchester United Needed: Luke Shaw

“When you see last Sunday against Arsenal what I have to do to change I have to put players on other positions that I never play and that’s a pity because the balance in our play was not good. We need two players in every position and then they can perform more easily,” the Dutchman said.

He added: “The board has purchased me to win the title and my curriculum says that. Of course I want to win titles and I want to win it for the fans but also for myself. The biggest challenge is what your ambition is and my ambition is to give titles but it is not easy. We will fight till the end and I shall give everything in me to build a new champions team.”