Manchester United manager Louis van Gaal believes that in spite of not winning the title, Arsenal are a better team than Premier League champions Chelsea. 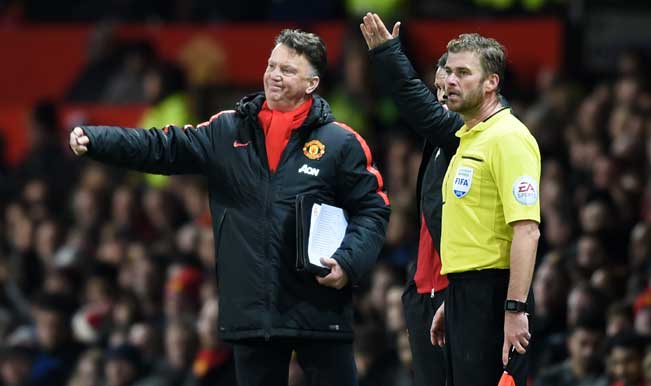 Manchester United manager Louis van Gaal believes that in spite of not winning the title, Arsenal are a better team than Premier League champions Chelsea. He said that Arsenal had a better team than Chelsea but could not finish like the 2015 Premier League champions, which has the talent and experience of players like John Terry and Gary Cahill, the Independent reported. Also Read - Cristiano Ronaldo Transfer Rumour: Juventus Star Heavily Linked With Manchester United After Following Former Club on Instagram

He insisted that the main difference between Chelsea and other teams was that the former could play and finish off the game, adding that Jose Mourinho’s side has the winning mentality which is the most important quality of a champion. In his first season as manager, Van Gaal tried to lead his team to victory but was unable to do so. Having effectively led United to a top-four Premier League finish and Champions League involvement next season, Van Gaal, however, didn’t think that they have succeeded as they were unable to win the title. Also Read - David Beckham's MLS Franchise Inter Miami Appoint Phil Neville as New Manager