Manchester City take on Sheffield Wednesday in the Third Round of the Capital One Cup. 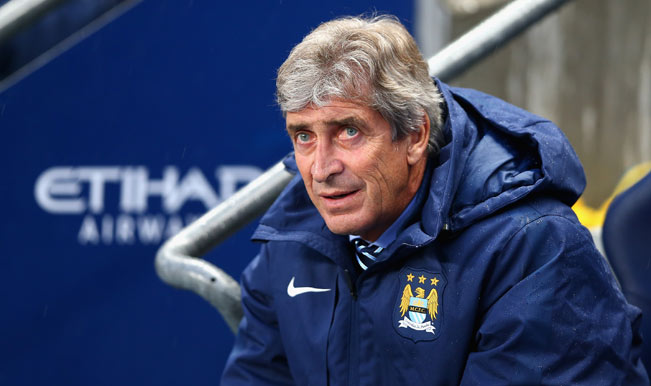 Manuel Pellegrini will be eager for his side to defend the League Cup trophy.

Manchester City embark on their mission of defending their English League Cup crown with a third round clash against Sheffield Wednesday at the Etihad. Manuel Pellegrini’s side emerged triumphant in this competition last campaign after seeing-off Sunderland at the Wembley Stadium with a 4-1 scoreline. Also Read - I Don't Want Lionel Messi Anywhere Near Premier League: Liverpool Star Andy Robertson

The Citizens come into of the Capital One Cup 2014-15 fixture after holding Chelsea to a 1-1 draw on Sunday. Andre Schurrle put Jose Mourinho’s side into the lead but former Blues star Frank Lampard, who was released by the west London club at the end of last campaign, volleyed home the equaliser for his new employers in the 85th minute. Also Read - Lionel Messi Transfer: Argentine Superstar Now '90% Likely to Stay' at FC Barcelona

Man City are without a win in their last four matches in all competitions and Pellegrini will be hoping for his side to end the winless run against the Championship club on Wednesday. The Owls secured progress into the third round of the Football League Cup following their 3-0 and 1-0 victory over Notts County and Burnley in the first and second round respectively. Also Read - Lionel Messi's Father And Agent Jorge Arrives in Barcelona to Hold Transfer Talks

Jacques Maghoma, Gary Madine and Atdhe Nuhiu were the scorers in the opening round and the latter fired Sheffield Wednesday into the third round from the penalty spot. Stuart Gray’s side will certainly need a miracle to beat the defending champions at their own backyard; but this competition is known to throw in a few surprises and this could be one of them.

The attacking quartet of Sergio Aguero, David Silva, Samir Nasri and Stevan Jovetic are all sidelined with knee, ankle, groin and hamstring problems alongside midfielder Fernando (groin). Pablo Zabaleta is suspended for one match after being sent off for two bookable offenses against Chelsea.

The Owls will be without the midfield duo of Kieran Lee and Sam Hutchinson due to groin and back injuries. But the good news is on-loan players Royston Drenthe and Hallam Hope were given permission to play their parent clubs by Reading and Everton respectively.