Find out how to follow and where to watch Barclays Premier League 2014-15 final day match Man City vs Southampton, matchweek 38 game live online. 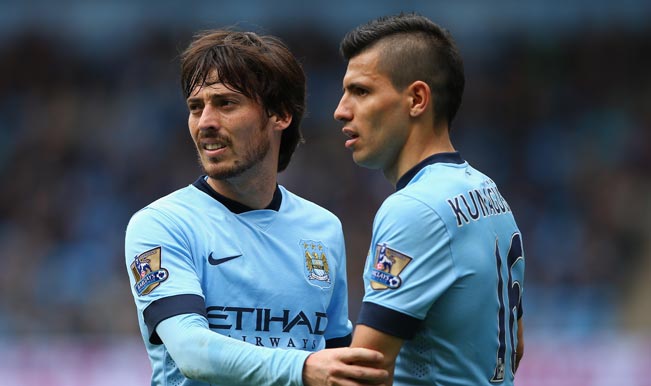 Manchester City take on Southampton on the final day of the Barclays Premier League 2014-15 at the Etihad stadium on Saturday. The kick-off is set for 7:30 pm IST and there is no live coverage of the match in India and the UK. Live streaming services in Indian subcontinent will be available on Star Sports’ official website. Viewers in USA can watch the match on MSNBC and live streaming will be available on NBC Sports Live Extra. Also Read - Lionel Messi Transfer News: Manchester City CEO Ferran Soriano Reacts on Barcelona Star

The title’s already out of their grasp the Citizens have nothing but pride to play for as they have already sealed a second place finish in the league table. Manuel Pellegrini’s side aim to end their season on a high as they come into this tie with a five-match winning run in the league. However, they face a Southampton side, who are chasing a Europa League berth. Also Read - Chelsea vs Manchester City Live Streaming Premier League in India: When And Where to Watch CHE vs City Live Football Match

Ronald Koeman’s side come into this clash by ending their four-match winless streak with a 6-1 mauling of Aston Villa at St Mary’s. The Villans were undone by a three-minute blitz from Sadio Mane, who shattered Robbie Fowler’s record of netting the fastest hat-trick. Shane Long then added a brace – the second of which was a long-range stunner in the 38th minute. Christian Benteke headed home the solitary goal for Tim Sherwood’s side just before half-time. But Graziano Pelle – who was unlucky to find the net on multiple occasions – was assisted by Mane for his 12th league goal of the season. Man City will also be looking to give Frank Lampard a fond farewell as the former England international will leave for MLS’ New York City FC in the summer.