Manchester United coach Louis van Gaal admitted that he had no choice but to take off Angel di Maria after the club’s new signing suffered the humiliation of being substituted at half-time during the Barclays Premier League match against Sunderland. 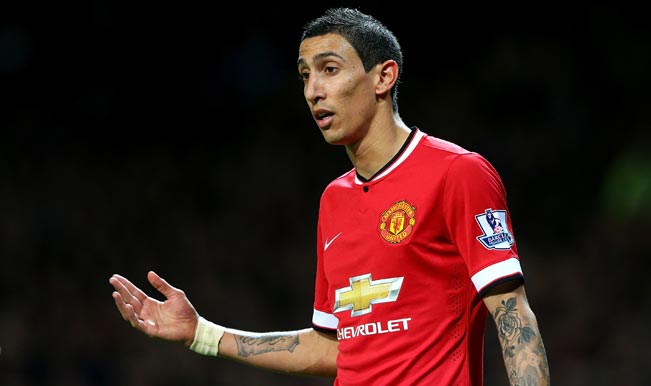 London, March 1: Manchester United coach Louis van Gaal admitted that he had no choice but to take off Angel di Maria after the club’s new signing suffered the humiliation of being substituted at half-time during the Barclays Premier League match against Sunderland on Saturday. The Argentine winger endured a torrid first-half at Old Trafford and was then substituted by Adnan Januzaj, who came off the bench to help break down the Black Cats’ stubborn resistance as the Red Devils won 2-0. Also Read - Lionel Messi or Cristiano Ronaldo? Former Liverpool And Man Utd Star Michael Owen Weighs in on Football's Biggest Debate

Di Maria made a bright start in English football after arriving Real Madrid last summer but has faded dramatically since then. The last of the Argentina star’s four goals came in a FA Cup tie against Yeovil in early January. Moreover, he has not scored in the Premier League in nearly five months. Having defended the 27-year-old in the build-up to the game, Van Gaal claimed that the player is still struggling to adapt to English football. Also Read - Cristiano Ronaldo Transfer Update | Manchester United Could Get The Juventus Star on Board: Reports

“I cannot deny that we have to give Angel a little bit more time to adapt to the Premier League. I have explained already that the rhythm of the game is so high here, much higher than in other countries. He has to adapt to the culture and we have to give him time to adapt and also to lift his confidence again. He is a human being like me and you. You can make mistakes but he is a top sportsman so he will overcome this period I hope,” the Dutchman explained.

Asked about his decision to replace Di Maria, Van Gaal said: “When a player is not in his best in a match I have to do that. I want to win as a manager. I have to observe and analyse, then I have to make the necessary steps to win.”