Manchester Weather Forecast, Eng v WI 2nd Test Day 4: It is expected to be partly sunny and overcast, a spell of rain here and there is expected.

With England in a strong position and hoping to level the series, the English fans would love to see the cricketers get back on the ground with Day 3 washed out and two days still to go. With West Indies trailing by 437 runs, thanks to centuries from Dominic Sibley (120) and Ben Stokes (176) – the Joe Root-led side would be desperate to get back on the field. Also Read - DC vs KXIP Dream11 IPL 2020 Prediction: Playing 11, Live Streaming, Toss, Fantasy Tips, Pitch Report, Weather Forecast

The good news is that Sunday will be mostly sunny but there are chances of scattered showers as well. But it would be overcast in the latter part of the day with the humidity predicted at 59 per cent. Also Read - IPL 2020: Did MS Dhoni Mean Suresh Raina When he Said 'As Cricketers, We Criticize a Lot'? 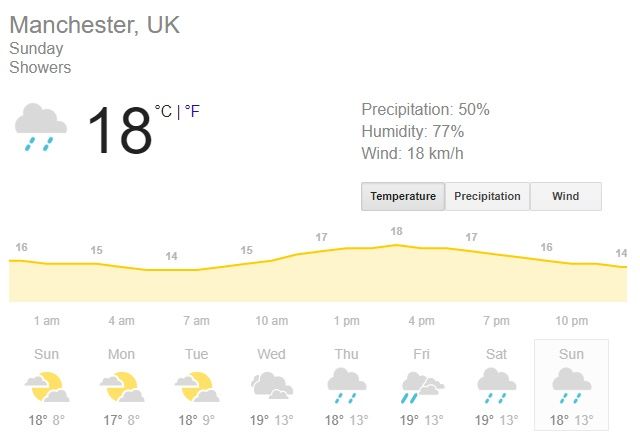 The England and Wales Cricket Board (ECB) has officially warned speedster Jofra Archer and fined him an “undisclosed amount” for breaching the bio-security protocols ahead of the second Test.

Last Monday, Archer broke the bio-bubble and left for his home in Brighton, the unauthorised visit leading to him being dropped from the ongoing second Test at the Old Trafford.

Archer will now be available for selection in the final Test of the series.