The match was sealed for UAE Royals by Marin Cilic who defeated Andy Murray in the fifth and final set of the men's singles game. 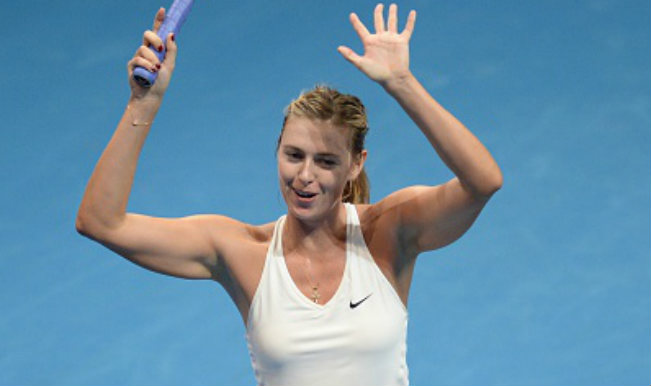 Home favourites Manila Mavericks star Maria Sharapova won her individual match and crowd hearts at the Mall of Asia Arena but her motivated victory failed to lift her side, Manila Mavericks overcome the tough hurdle in form of UAE Royals. At the end of five sets match, it was star icon Maria Sharapova who won the only match for Manila in the second match of International Premier Tennis League (IPTL). Also Read - US Open 2020: Former Champions Kim Clijsters And Andy Murray Handed Wild Cards

Playing the women’s singles match, the fourth in the play of order, Sharapova found herself down against Kristina Mladenivc struggling on her serve. But the Russian superstar fought her way back amidst home crowd support to beat the 21-year-old Royals opponent in the tie-breakers. Also Read - Nick Kyrgios Takes Another Dig at Novak Djokovic, Tells Andy Murray 'You Are Better Than The Serb'

Manila Mavericks started the match with battle of past champions between former world number one Carlos Moya of Spain and Goran Ivanisevic, the only Croatian player to win Wimbledon title. Moya held three set points before Ivanisevic took it to the tie-breakers and eventually winning it to give Royals the opening lead.

Manila Mavericks lost their second match in the doubles with Marin Cilic and Nenad Zimonjic defeating  Jo-Wilfried Tsong and Treat Huey to take the lead to 2-0 in favour of Royals. The star attraction of the second match came when Maria Sharapova partnered Andy Murray for the mixed doubles match. The top players clearly struggled with their lack of understanding required in playing the doubles match  but the two thoroughly enjoyed the game and entertained the crowd.

The match was sealed for UAE Royals by Marin Cilic who defeated Andy Murray in the fifth and final set of the men’s singles game. They won the match by 29-24 and are currently second placed in the team standings.