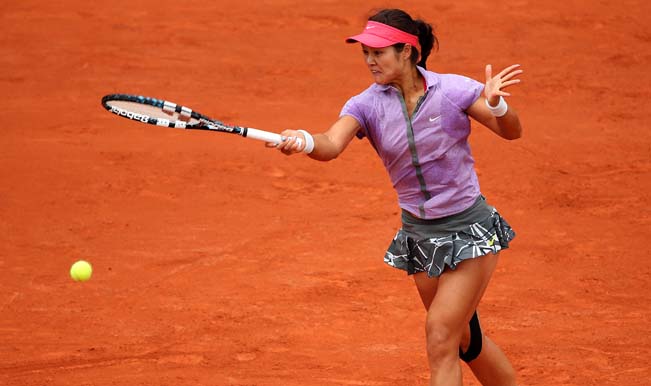 “It’s a sad day for Chinese tennis and for the global sport in general,” Hingis, who won the five singles and nine doubles Grand Slam titles, said in Tokyo after hearing about Li’s decision during the WTA Pan Pacific Open. “I have good memories playing her,” said the 33-year-old. Hingis beat Li in the 2007 Australian Open fourth round. Also Read - US Open champion Osaka sets sights on Tokyo Olympics

Hingis said it was “sad” because the next WTA tournament was to be played in Li’s hometown of Wuhan next week, immediately followed by the big-money China Open in Beijing. Also Read - Martina Hingis Pregnant: Former Tennis Ace Split Beans on 38th Birthday

“There is so much more tennis which has moved tournaments to China, (there has been) development on the women’s side of the tour to have the tournaments there,” she added. China now hosts six women’s tour events. The Women’s Tennis Association upgraded the China Open in Beijing last year to become Asia’s only event combined with a men’s tour. The event is also one of the WTA’s top four tournaments.

The Wuhan Open is making its debut this year by replacing the Pan Pacific Open on the WTA’s second tier known as Premier 5. The Tokyo event now belongs to the so-called Premier-700 calendar.

Hingis made her second comeback from retirement in July last year but just as a doubles player. In the US Open doubles final two weeks ago, she teamed with Italian Flavia Pennetta and finished runners-up to Russia’s Ekaterina Makarova and Elena Vesnina. She teamed with 17-year-old rising Swiss star Belinda Bencic, who reached the US Open quarter-finals, in the doubles at the Pan Pacific Open but bowed out in the quarter-finals on Thursday.