Michael Clarke was making a comeback from an unprecedented five-month break from competitive cricket since he led Australia to a famous Test series win in South Africa, during which he suffered a fractured shoulder. 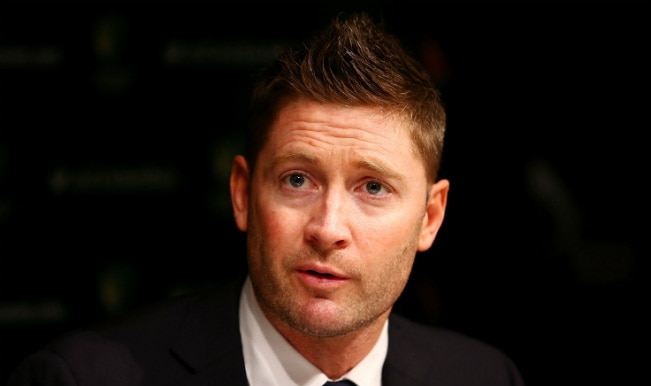 Clarke picked up the injury during Friday’s training, which was the team’s first training session since arriving in Harare and missed the rest of the proceedings. Also Read - 'It's A Show of God's Power': Pastor Sits on People's Faces & Farts on Them, Claims That It Heals Them

“Michael Clarke experienced some pain in his left hamstring during training today. We will monitor his condition closely over the next 24 hours to see how he responds to further treatment before making a decision on his management,” team physio David Beakley was quoted as saying by Cricket Australia website.

Having enjoyed his longest break away from cricket in a number of years, Clarke did not make it through the team’s warm-up ahead of a low key training session at the Harare Sports Club before he experienced pain in his left hamstring.

He immediately returned to the dressing room for treatment and took no further part in the session.

Clarke will be monitored over the coming days but it seems unlikely he would be risked for Australia’s opening match of the tournament – that features South Africa and Zimbabwe – against the host nation on Monday.

It is unclear whether the lengthy plane journey from Sydney to Harare (via Johannesburg) Wednesday had a negative impact on Clarke who has battled a chronic back injury throughout his international career.

With a Test series against Pakistan in the United Arab Emirates (UAE) to follow the Zimbabwe tri-series and Australia facing a non-stop schedule stretching over two years, team management is expected to take a conservative approach with their skipper and star batsman.

Clarke was making a comeback from an unprecedented five-month break from competitive cricket since he led Australia to a famous Test series win in South Africa, during which he suffered a fractured shoulder.

In his absence, Australia would be led by limited overs vice-captain George Bailey. It would provide another fortunate break for Clarke’s close friend and former New South Wales teammate Phil Hughes, who is likely to take the injured skipper’s place in the starting XI and accompany Aaron Finch at the top of the batting order.

Hughes, who has been in outstanding form for Australia A during the winter but was controversially overlooked for the initial Zimbabwe touring party, was a late inclusion when all-rounder Shane Watson sprained his ankle at the Australians’ pre-departure training camp.