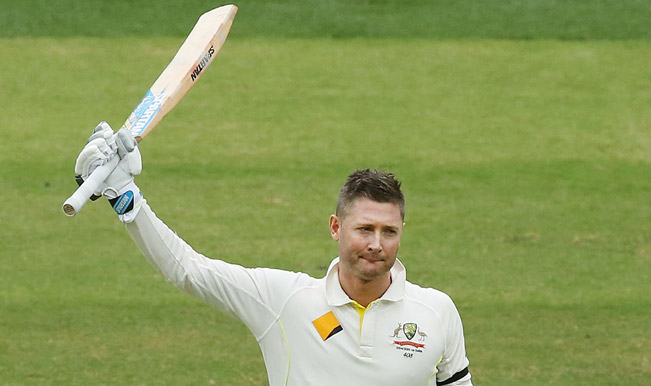 Melbourne, Dec 17 Michael Clarke‘s injury-ravaged cricket career may not be as jeopardised as initially feared with the Australian captain and team physiotherapist Alex Kountouris saying that the surgery to fix his hamstring injury went “really well”, giving him a good chance of being fit for the World Cup. Also Read - Cat Que Virus? ICMR Warns About New Virus From China That Could Spread Disease in India, Here's What It Is

Clarke tore his right hamstring during the first Test against India in Adelaide, a match he went into under an injury cloud given his long history of recurring back complaints. “Thanks for all the well wishes. Surgery went really well. The Aust Physio @Alex_Kountouris will update the media this afternoon,” Clarke wrote on his twitter handle. Also Read - Coronavirus India Update: Total Tally Crosses 61 Lakh-mark, Recoveries go Beyond 51,000 | 10 Points

Thanks for all the well wishes. Surgery went really well. The Aust Physio @Alex_Kountouris will update the media this afternoon.

He added, “A few days of rest and recover and watch the boys play well from my bed.” After the first Test, a cloud of uncertainty hung over Clarke’s future as he had announced that he was unlikely to play any further part in the four-match Test series against India and that the injury could cut short his career.

Team physiotherapist Alex Kountouris said the successful surgery gave Clarke a good chance of recovery from the hamstring mishap. “The actual injury was that he had damaged the tendon component of the hamstring. Speaking to the surgeon, everything went really well,” Kountouris was quoted as saying by the media here.

“He found what he expected to find, there were no surprises, and he’s managed to do a good repair and from that he’s very confident that Michael is going to make a good recovery. It’s going to heal and he’s going to minimise the risk of having a recurrence, that’s the goal.”

“The rehab is dependent on how well he progresses from each stage. There is no magic number that ends the rehab. He’ll just have to progress through each stage.”

“It was the best result humanly possible they could have had from the operation,” Warne said while commentating on the current Test in Brisbane for Nine Network. He added that Clarke was “looking forward to trying to make a good comeback”.

“It’s a better result than expected. Previously the World Cup was a long shot, now he’s more of a chance given how well the operation went.”

The World Cup is to be jointly hosted by Australia and New Zealand in February-March. Clarke retired hurt in his first innings in Adelaide as an old back injury flared up. He needed injections to bat again, resuming the next day to complete a century. On the final day of the match, Clarke suffered another injury while fielding.