Milkha Singh expressed his delight after Vikas Gowda won the gold medal in the men's discus throw at the ongoing 20th Commonwealth Games in Glasgow. 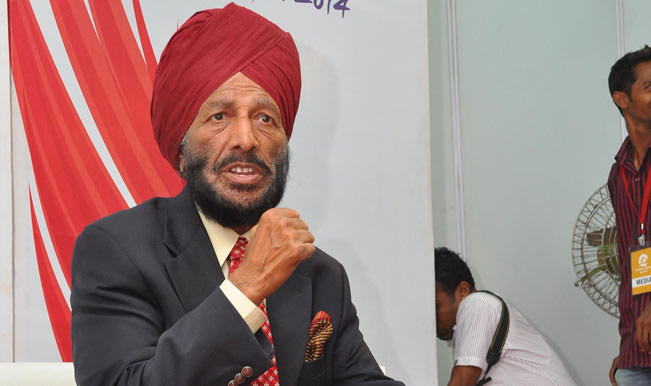 Speaking from Chandigarh Milkha said, “I feel proud with Vikas’s achievement and with those of our other sportsmen and women who have won medals in Glasgow. I compliment and congratulate them for making India proud. They are the real ambassadors of India and the credit goes to their parents too.” Also Read - Milkha Singh, Smriti Mandhana Sweep Top Awards at Indian Sports Honours; Here's Complete List of Winners

“Since 1930 India has seen very few gold medals in athletics. In 2010 Krishnia Poonia won a gold in discus throw and the ladies relay team won in the 4×400 mtrs. But this is very little for a country of our size. Athletics, according to me is the mother of all sports and I would like to see India do well in it. Also Read - I Don't See Anyone Win a Medal in Athletics in Olympics: Milkha Singh

“Vikas has proved that he has it in him and I would love to see him and others who will be inspired by him win a gold for India in the forthcoming Olympics. I wish them all well and offer my blessings.”