Moeen Ali has urged English fans to not throw personal taunts at the Steve Smith and David Warner during the World Cup.

English all-rounder defended and urged fans to not make any personal barbs against the Australian duo of Steve Smith and David Warner, who would be returning to the International Cricket after serving a year-long ban for tampering with the ball in a series against South Africa in 2018. Also Read - Australia Chief Selector Believes Players Will Not Play IPL if it Clashes With T20 Tri-Series

“I really hope they don’t get too much stick. I want them to enjoy the series. If you have to, keep it funny, not personal,” Ali was quoted as saying to The Guardian. “We all make mistakes. We are human beings and we have feelings. I know deep down they are probably really good people. I just hope they get treated decently. I just want the cricket to be spoken about,” the all-rounder added. Also Read - ICC Test Rankings: Steve Smith Reclaims Top Spot, Virat Kohli Climbs to 4th

Earlier Australian coach Justin Langer had also expressed that Smith and Warner would be in a complicated position and require sensitive monitoring and handling by the team management. However, he had also mentioned that having suffered the taunting from the Australian fans themselves, the two star batsmen should be wary of the situation. “Well, we can’t control the crowd. What I do know? It may heat up, but it won’t be any hotter than it was 12 months ago,” said Langer on Saturday. Also Read - Seven Australian Players Including Pat Cummins, David Warner May Withdraw From West Indies Due to Bubble Fatigue

‘The Kangaroos’ will have a long summer ahead of them, starting with the World Cup followed by the Ashes, on English soil. Both the cricketers are back in the Australian fold and they will definitely face the heat of the English fans during their lengthy stay at the country. Given the tradition of cricket in both the countries and their prolonged Ashes rivalry, fans of the two teams leave no opportunities in having a go at the opposition players. 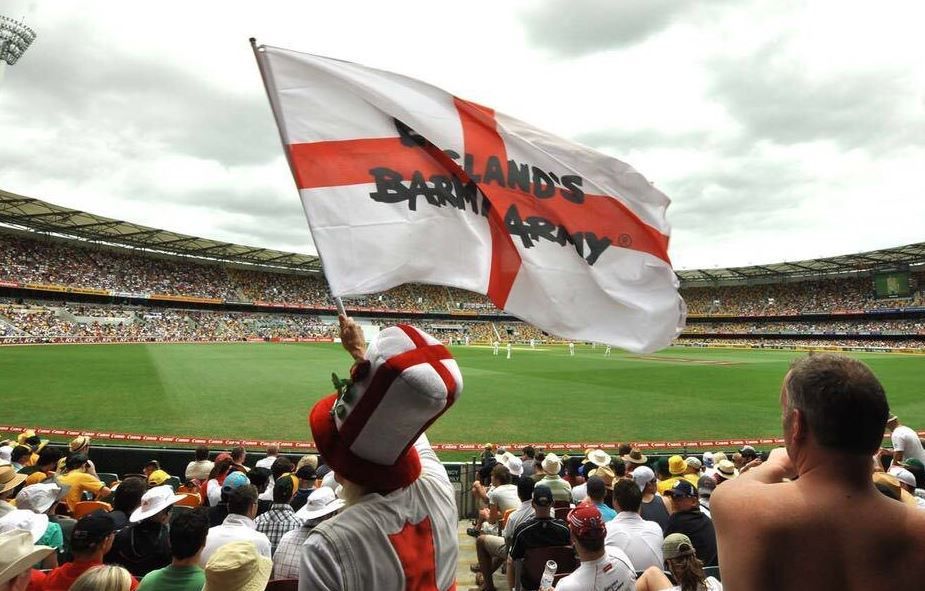 The Barmy Army brigade in a match between Australia and England. Image Source: Barmy Army.

Over the years, the cricketing engagements between Australia and England have witnessed the evolution of the rivalry between the fans who never fail to appear with ingenious ideas of trolling and hitting back the opponent players. At times, they tend to cross the limits but the players have also been responsive towards them, leading to negative consequences on some occasions.