Pakistan Cricket Board have scheduled national T20 championship before the 2015 Cricket World Cup; Muhammad Yousuf is not happy about it. 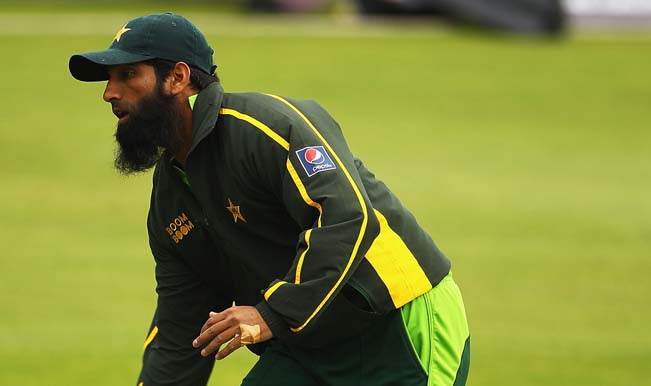 Karachi, Sep 16: Former captain Muhammad Yousuf has slammed the Pakistan Cricket Board (PCB) for holding the national T20 championship before the World Cup 2015. Also Read - India's NSA Ajit Doval Walks Out of SCO Meet as Pakistan Presents 'Fictitious Map' Showing Jammu and Kashmir as Its Own

“I don’t understand the logic behind having the national T20 event at this time when we are hardly going to play two or three T20 matches against Australia and New Zealand before the World Cup,” Yousuf said on Geo Super channel. “It would have been more sensible to have a 50 overs one-day event at this stage instead of T20 cricket. Because we are going to play maximum one-day games before the World Cup.” Also Read - Jammu and Kashmir: Pakistan Shells Mortars in Poonch District Along LoC, Indian Army Retaliates

The national T20 championship for regional teams is scheduled to be held from September 17 to 28th in Karachi after which the Pakistan team will fly to the UAE for its “home” series against Australia and New Zealand. Pakistan will be playing eight ODIs against the two teams in the UAE. Yousuf said that Pakistan was facing a real problem in its batting before the World Cup.

“All this talk about promoting youngsters has led to this problem in the batting department. I blame some of the former players and media who keep on stressing the need to have young players. My vision is clear that anyone no matter what age performs should be in the team,” he stated.
Yousuf pointed out that even in the ongoing Champions League in India, the batting had been exposed. “Our batsmen are facing problems in staying at the wicket. For some time now our batsmen are struggling to play the full 50 overs and yet we have no one-day tournament before the World Cup,” the senior batsman noted.

Yousuf said that the youngsters had learnt nothing from their predecessors. “In cricket you need to stay at the wicket and keep on scoring runs to do well in one-day cricket and our current form and approach in this format needs rapid improvement or we will face problems in the World Cup in Australia and New Zealand,” Yousuf said.

“And I don’t think by making the players in contention for the World Cup play in T20 format the board is helping the cause of the team.”
Yousuf said at this stage it didn’t matter who the board appointed as captain of the national T20 side. “Right now we just need to focus on one-day cricket and I think the board needs to just give Shahid Afridi this responsibility for both formats. Shahid should also I think now make it clear he plans to retire after the World Cup if given the captaincy,” he added.

He was also critical off the disorganized manner in which the domestic event was being organized. “Sometimes you get the feeling that no one really cares in the board what happens to Pakistan cricket,” Yousuf said.