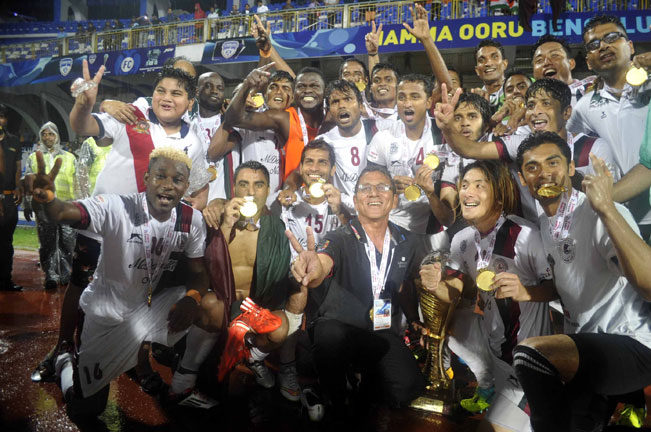 “I am speechless, I don’t have words to describe the feeling, I have been associated with Bagan for 70 years now but this win is really really special as it has established Bengal’s supremacy once again on the country’s football map. This is not Bagan’s victory alone but of entire Bengal football. The win has established football has not died in Bengal as some may perceive,” Goswami explained. Also Read - East Bengal Head Coach Robbie Fowler Promises to Treat Each Player Equally

“It is a brilliant win. A win that was much needed for the game in Bengal,” said Biswas after Bagan held Bengaluru FC 1-1 to clinch the I-League title at the Kanteerava Stadium in Bengaluru.  Bagan laid their hands on the coveted trophy after 13 long years.

“I don’t have words to express how I feel. I am proud as a Bengali and happy that it is our local son Sanjoy Sen (coach) who has led the team to scale such heights,” said Mukherjee.