Moin will continue with the role of chief selector after his second role as manager was condemned by the board. 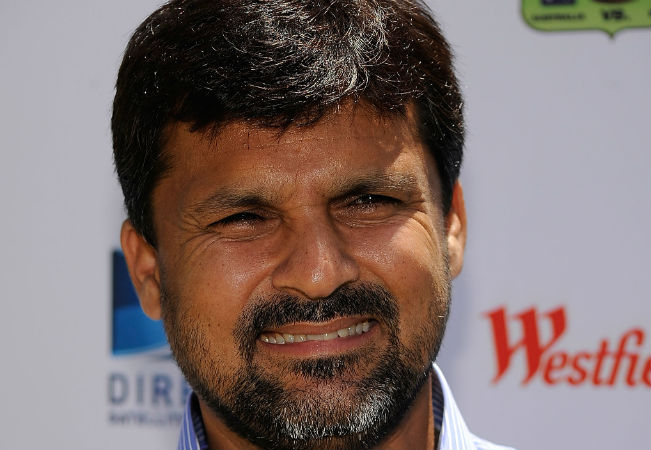 Karachi, Dec 27 The chairman of the Pakistan Cricket Board (PCB) Shaharyar Khan removed former captain Moin Khan from national team’s manager’s post ahead of the 2015 ICC World Cup. Although the PCB statement on the removal of Moin and appointment of senior bureaucrat Naved Akram Cheema in his place was very diplomatically worded but official sources said Khan had refused to take any pressure from Moin.

“Moin was reluctant to leave one post as manager and chief selector when earlier Khan spoke to him about the board doing away with the policy of dual roles in the board. But now apparently Moin has been convinced he should vacate the manager’s position and work only as chief selector,”a source said.

He said the plus point for Moin in the whole affair was that the terms of his two-year contract with the PCB remained unchanged. So financially, he is not a loser but yes he has lost a prestigious position but the pcb has assured him he can go with the team to the World Cup as chief selector if he wants,” the source added.

The change came after a high level meeting held at the Gaddafi stadium on Saturday. The board said that the decision was taken after Moin met with Chairman, Shaharyar Khan, Chairman Executive Committee Najam Sethi and Chief Operating Officer, Subhan Ahmad to discuss his role on the future cricket tours.

“The Chairman explained the PCB Governing Board’s decision on doing away with dual roles, and asked Moin to stay on as chief selector as part of the squad for the ICC World Cup 2015, which position Moin Khan has accepted,” the statement said.

“Moin has rendered excellent service in his capacity as Team Manager and it is extremely heartening to note that he has agreed to continue to work as Chief Selector,” Khan said.

“It was important for us to not only implement the Board?s decision on dual roles but also to provide continuity in policies; hence, the decision to send him as Chief Selector for the World Cup,” he added.

Another source said that Shaharyar had wanted Cheema a strict disciplinarian to accompany the team to the World Cup and had played a big role in getting him released from his duties as chief secretary Punjab for this purpose.

“Cheema’s appointment has the blessings of the Prime Minister which is why Moin despite some resistance eventually had to step down which is when there was also discussion on demoting Moin and appointing Cheema as Chef de Mission fo the squad. Even Sethi was not happy at this change,” the source added.