Moment of Phillip Hughes’ death will stay with me forever, says David Warner

Brad Haddin, Nathan Lyon and Shane Watson, were all on the field for New South Wales. 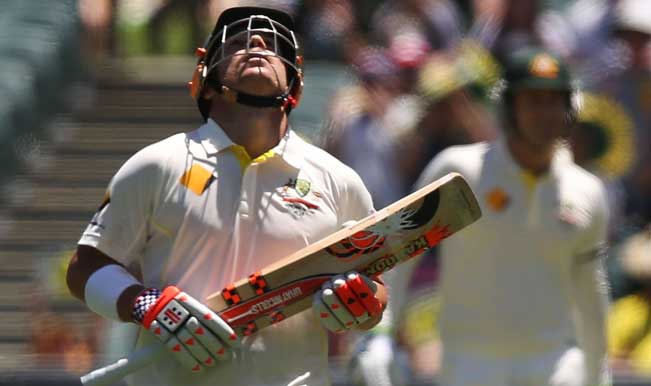 Brisbane, Dec 17 Australian batsman David Warner has said the moment Phillip Hughes fell at the Sydney Cricket Ground on November 25 after being hit on the head by the bouncer still replays in the back of his head and “always will”. Warner, along with Australian teammates Brad Haddin, Nathan Lyon and Shane Watson, were all on the field for New South Wales when Hughes, batting for South Australia, was fatally hit by a bouncer. He died two days later from the effects of the injury. Also Read - IPL 2020 Report: Yuzvendra Chahal, Devdutt Padikkal Star as Royal Challengers Bangalore Beat Sunrisers Hyderabad by 10 Runs to Start Campaign With a Win

Warner said it was a moment that would never leave their minds. “When I look back and reflect on it, you almost knew then and there that we had to be prepared for the worst,” Warner was quoted as saying by cricket.com.au. “Holding his hand as we rode together in the medicab, and how I saw him on the field, it’s not what I wanted my last image of him to be.” Also Read - MATCH HIGHLIGHTS IPL 2020 Sunrisers Hyderabad vs Royal Challengers Bangalore, Match 3: Chahal, Saini Star as RCB Beat SRH by 10 Runs

Warner, who scored twin centuries in an emotional first Test victory against India in Adelaide, said he did not even want to pick up a cricket bat in the days leading up to Hughes’s funeral. “I spent almost nine hours on the golf course and at the driving range the day after Hughesy died, just contemplating what was going to happen to myself.

“I was speaking to my fiancee Candice about the Adelaide match a lot and I can’t thank her enough for her support.” The tragic incident also forced Warner to contemplate pulling out of the first Test against India, which was originally scheduled to start Dec 4 but began Dec 9 as a mark of respect to the late batsman.

“There were serious thoughts there about pulling out of the Test; I didn’t want to play.” But Warner said in the end he knew he had to “get out there and do it for my mate”.