Leg-side theory was a concept looked down upon since the Bodyline series. Then stand-in-skipper Mahendra Singh Dhoni operated with an offside field set in order to stop a rampaging Australian side in 2008. 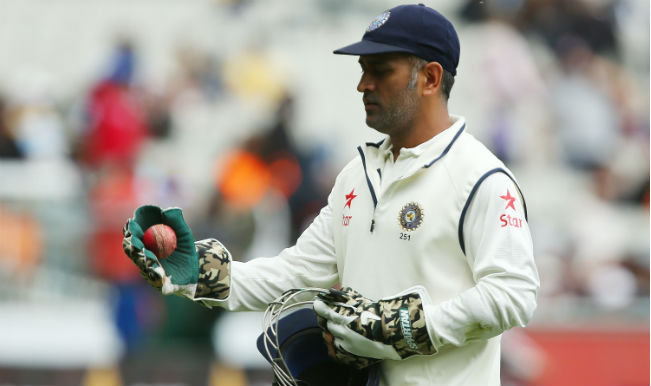 Leg-side theory was a concept looked down upon since the Bodyline series. Then stand-in-skipper Mahendra Singh Dhoni operated with an offside field set in order to stop a rampaging Australian side in 2008. The ploy was simple; Zaheer Khan and Ishant Sharma were asked to bowl outside the off-stump with eight fielders packed on that side. Matthew Hayden and Simon Katich resisted the temptation to play at the deliveries for long before the run-rate had dropped below two runs per over for nearly two sessions. Eventually, the strong batting line-up crumbled under the pressure of a strangled run-flow and lost their wickets in hara-kiri.

Even as the match ended in a draw, India had taken a psychological advantage. Dhoni admitted in the post-match presentation that it was an unseen event of the Australian batting line-up comprising of Matthew Hayden, Ricky Ponting, Michael Clarke, Michael Hussey and Shane Watson among others having trouble scoring runs.

Even before Anil Kumble had passed on the mantle of captaincy to the Jharkhand player, it was established that Dhoni was a supreme tactician. If at all he failed in years to come, in conditions abroad, it was simply because of the inability of his bowlers to take 20 wickets and his fielders to grab regulation catches at slips. A man who outsmarts everyone in limited-overs cricket can’t be as bad as his Test results abroad show him to be.

Dhoni is not really a man with the Midas touch. He simply employs bizarre tactics that stun conventional thinking. Convention eliminates risk, it helps one burden off from taking upon the onus of failure. The moment it works, the move is lauded. When it backfires, everything defies logic and  looks stupid. When Ishant Sharma bounced out England at Lord’s, everything seemed merry. When he couldn’t get the better of Mitchell Johnson at the Gabba, Dhoni’s captaincy came under scrutiny.

The timing of his retirement is as bizarre as any other decision he has taken on a cricket field. Be it his defensive field placements, of coming on to bowl on a fresh English wicket on Day One or the innumerable times he has taken a limited-overs match to the last over when he could’ve finished it off much earlier. He played the game with surprises and shocks; he left it with that.

But the big question that has hung over after him leaving the Test arena is – how irresponsible was Dhoni in quitting a series mid-way? Should he have completed the project assigned to him – the project of leading a bunch of aggressive new-age youngsters against the most ruthless opponents in world cricket? Or was the project already complete with the Melbourne Test drawn and the series already lost? Would Dhoni have continued had India won the third Test and the Sydney match wasn’t a dead rubber? Did he want to protect ‘Brand MS’ by prolonging his career or was there a murkier secret to his quitting? There are enough theories to it.

While news channels were going helter-skelter looking to juice out controversy from his retirement, a more respectful cricket broadcaster Harsh Bhogale tweeted, “I am appalled at the attempts at searching for a conspiracy in Dhoni’s retirement. Some days at least we should rise above this.”

He has left the game in dignity and a young team in relatively good health, needing a bit of repair. For the time being, let’s just celebrate a career of arguably the greatest wicketkeeper-batsman India has ever produced, of possibly the finest captain India had in home conditions and statistically the most successful one ever. Let’s laud the small-town dream that made it big and raised aspirations of millions. In years to come, hopefully many more small-town dreams will come to life. Irrespective of what happens, Dhoni’s nine-year stay in Test cricket will serve as a fairytale for generations to come.

Most dismissals by a wicketkeeper

Most runs by wicketkeepers in Tests