Dhoni returns to the playing eleven at the Gabba, where none of the current squad members have ever played Test cricket. The Indian captain said rest was very important for him. 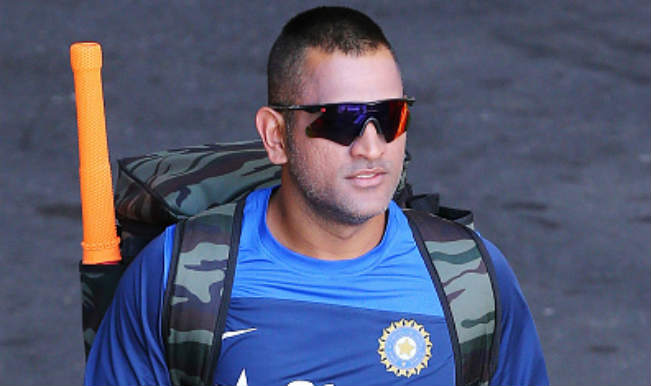 Brisbane, Dec 16:India will continue to play the aggressive brand of cricket, skipper Mahendra Singh Dhoni declared on Tuesday as the team aims to erase the 1-0 deficit when the second cricket Test begins here Wednesday. Led by stand-in-skipper Virat Kohli, India made a bold attempt to chase a huge 364-run target in the fourth innings but fell short by 48 runs. Also Read - IPL 2020: Did MS Dhoni Mean Suresh Raina When he Said 'As Cricketers, We Criticize a Lot'?

“The aggressive approach was the right approach. We went for the target which I felt was very important,” Dhoni, who is returning to the side after recovering from a hand injury, said on the eve of the second Test. “Thanks to the partnership between Virat Kohli and Murali Vijay, we were in a position to chase down the number of runs that were given to us. Unfortunately we lost some quick wickets when Vijay got out. It was very difficult for us to come back and draw the game from there. The only approach would have been to win the game from there. It was fantastic. Also Read - Dream11 IPL: MS Dhoni's Wife Sakshi Reacts as CSK Skipper Makes Winning Comeback Against MI

“The approach will remain the same. A lot depends on the platform you get, what kind of partnerships your batsmen, both openers and the middle order, have provided. Accordingly, you see the number of runs you can put. You exploit what really is there for you. A lot depends on the momentum and how the game is going and then you decide what needs to be done,” he added.

Dhoni returns to the playing eleven at the Gabba, where none of the current squad members have ever played Test cricket. The Indian captain said rest was very important for him. “I had suffered the injury during the England series. I felt that the injury might get settled while I am playing. But when I played the Champions League and ODIs after coming back home, I saw it was getting worse with time. It was an important call at that time because this series is very important and after this we have the World Cup. So I need 20-25 days off and the rest was very good for me,” he said.

Dhoni lauded young Kohli for his leadership skills, which he says are different from his style. “He has been fantastic not only as a batsman but also as a leader. Even in the ODIs he led against Sri Lanka at home, he was fantastic. He is an aggressive character and slightly different to what I am but at the end of the day you don’t want all individuals to captain the same way,” Dhoni said.

“I feel what he (Kohli) did throughout the Adelaide Test was really great. He had a very lean series in England and it was good to see the way he prepared for the match and ultimately how he went after the bowlers. He did a fantastic job.”

Talking about the pitch for the second Test, the Indian skipper said, “The wicket will be different to the one in Adelaide. It was a drop-in wicket and at times it’s a bit difficult to judge how exactly a drop-in wicket will conduct over a period of time. But here I feel there will be something extra for the bowlers, especially the faster ones.”

“This is a venue which is known for the kind of bounce it generates and it looks like a good wicket whatever we saw of it yesterday. It seems quite hard and the role of spinners will be slightly less but as the game progresses because of the foot marks, Mitchell Johnson and Mitchell Starc bowling left-arm over there will be something for the off-spinner.”

Dhoni hinted that there was a possibility of R Ashwin making a comeback to the playing eleven after sitting out in Adelaide. “Ashwin is somebody who can bat lower down the order and it’s very important because at times we have seen lower order batsmen get out cheaply and a proper batsman at the other end is not able to accelerate. But with Ashwin, if he is around, he can be a bit of a help. He has spent decent time at the crease,” said Dhoni.

It remains to be seen if India will go in with five bowlers though, like they did in England. Ravindra Jadeja has been ruled out with a left shoulder injury. Australia have a near invincible record at the Gabba. The skipper was asked if with the current Indian players inexperience at the ground, the hosts have an advantage. Dhoni though did not seem concerned.

“We have won Tests on some of the fastest wickets in recent times, whether it is Durban, Johannesburg, Perth or some of the other venues. It will be a nice challenge for the youngsters. More often than not I prefer wickets that are on the greener side. Our bowlers then become much more effective and it makes our job slightly easier to get the opposition batsmen out. That’s where we have struggled to some extent. In the last 2-3 series we have been in position to win Tests but we have not really been able to do so. It is a matter of time because with a bit more experience and bit more time this team has the talent to go that extra step,” he replied.

Australia will be led by Steve Smith for the first time in this Test. Dhoni was asked about Smith’s chances as his new counter-part. “Clarke not being there will be a huge blow for Australia. He has done well against us with the bat, scored a lot of runs, so they will definitely miss him. It is unfortunate that he will not be taking part in the series because of an injury.

“But whatever I have seen of Smith, he is a fantastic kid. He really backs himself to play big shots and plays cricket the normal Aussie way. It will be interesting to see him lead the side,” Dhoni signed off.