It has not been a happy ride for Team India in the recent past. 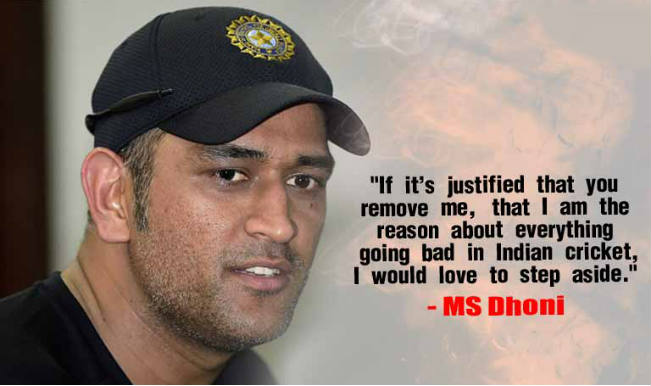 It hasn’t been a happy ride for Team India in the recent past. Though they had a good World Cup 2015 campaign, they suffered huge losses during the tournament’s build-up. Adding to that, India have been pretty ordinary outside home conditions.

The series defeat in the hands of Bangladesh has added to the woes and Indian One-Day International (ODI) skipper Mahendra Singh Dhoni on Sunday, said that he would be happy to step down from the role of captaincy if that led to the welfare of the team. India lost the second One-Day International (ODI) against Bangladesh at Mirpur and with two defeats they have now lost the series. Read the complete article on Cric Life.