He was in the eye of storm recently when it was insinuated that his name was there in the Mudgal Commission report on the IPL 6 spot-fixing scandal. 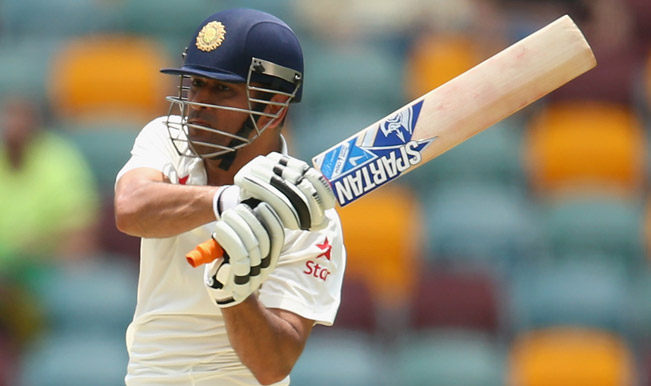 Melbourne, Dec 30: In a shocking turn of events, Indian cricket captain Mahendra Singh Dhoni today retired from Test cricket with immediate effect, citing strain of playing all formats, after his team lost the Border-Gavaskar Trophy to Australia here. “One of India’s greatest Test Captains under whose leadership India became the No. 1 team in the Test Rankings MS Dhoni, has decided to retire from Test Cricket citing the strain of playing all formats of Cricket,” the BCCI said in a statement. Also Read - IPL 2020: 'Goodbye, Come Back Stronger' Twitter Erupts After CSK Knocked Out of Playoffs Race

India, trailing 0-2 in the four-match series after today’s draw, would be led by Virat Kohli in the fourth and final match in Sydney. “Virat Kohli will be the captain of the Indian Team for the Fourth and Final Test against Australia to be played in Sydney from the 6th of January 2015,” the BCCI stated.

The 33-year-old, who led India to an unprecedented two World Cup titles (2007 Twenty20 World Championships and the 2011 ODI World Cup), had been drawing flak for India’s poor run in overseas Tests. The team had been whitewashed 0-4 in England (2011) and Australia (2011-12) under his leadership. Besides the team also suffered defeats in South Africa and New Zealand and had been beaten by England yet again this summer.

Yet the wicketkeeper-batsman remains one of the most successful captains ever for India, having led the side to the top of ICC rankings in Tests and ODIs. He was in the eye of storm recently when it was insinuated that his name was there in the Mudgal Commission report on the IPL 6 spot-fixing scandal.