Ideally, a decision like this would have come at the end of the Test series, not in the middle, but that’s how Captain Cool has operated throughout his career. Inversely, uniquely and leaving everyone scratch their heads. 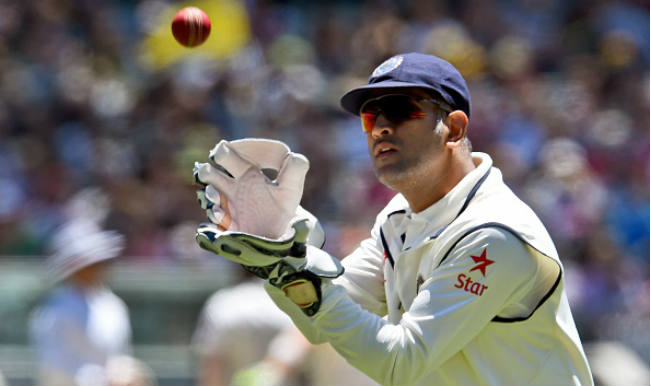 Those of you who follow the Indian cricket knew that the current tour of Australia will probably be the last Test assignment for MS Dhoni as a captain, if not as a player (given India’s next Test series is scheduled in June next year against Bangladesh) and hardly anyone knew that the third Test against Australia at Melbourne Cricket Ground (MCG) will be his last, both as a player and captain (if you knew, then salutes).

Ideally, a decision like this would have come at the end of the Test series, not in the middle, but that’s how Captain Cool has operated throughout his career. Inversely, uniquely and leaving everyone scratch their heads.

Remember, Dhoni now walks out of the Test arena with a draw on foreign tour under his belt (which is an achievement, given it comes after losing two Tests), not defeat and could this be the reason why he decided to quit playing longest format of the game? While Board of Control for Cricket in India (BCCI) press release reads “the strain of playing all formats” as the reason, questions arise could one more Test really have drained Dhoni? Or did he fear of losing the next Test at Sydney and sensed the perfect opportunity to bow out on relatively high, rather than low. At least there seems to be no other candid reason why the decision was taken in a rush, with a Test to go.

There is other side of the story as well, may be Dhoni and BCCI may have thought Virat Kohli, who already captained the side in the series opener, is ready to take the burden on his shoulders and to give him the chance to adapt as early as possible, thus he has been entrusted upon. But this move should have come earlier and will have been better as well.

The calls for removal of Dhoni as Test captain were growing since the dejected tours of New Zealand and England this year, but with Kohli’s struggle with the bat, there seemed no option who could take over reigns from Dhoni. Now with Kohli scoring runs and India not doing too well in Tests Dhoni might have thought it is better to leave early and in a dignified way. Premeditating, to go out with a draw is any day better than losing a game.