Erapalli Prasanna also insists that MS Dhoni should have announced his retirement after the India vs Australia Test Series concludes. 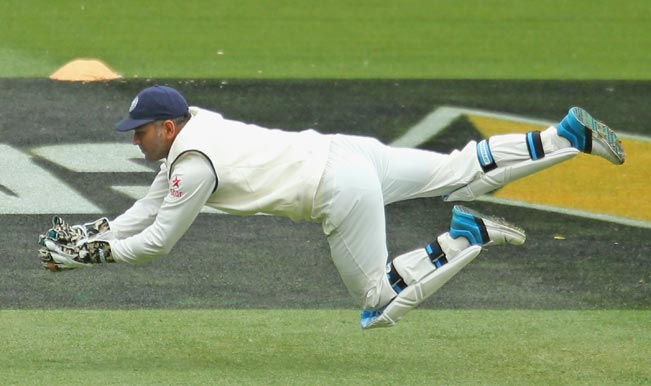 Bengaluru: Spin great Erapalli Prasanna has said that Mahendra Singh Dhoni was captain par excellence as he took the Indian cricket team to the highest level in all forms of the game by winning the T20 and ODI World Cup, besides taking the Test side to the coveted number one spot.

“Tiger Pataudi and Sourav Ganguly had the qualities of building teams, but Dhoni took the team to the pinnacle. We were number one in Tests besides being ODI and T20 World Champions,” he told PTI here after Dhoni hung his boots from the longest format. After India lost the Border-Gavaskar Trophy to Australia at Melbourne, Dhoni announced his retirement from Tests, citing strain of playing all formats. India is trailing 0-2 in the four-match series after today’s draw. Virat Kohli will lead the side in the fourth and final match in Sydney.
Prasanna added Dhoni may not be a flamboyant and creative captain like Pataudi and Ganguly, but he had the qualities inherent subtly.

“Dhoni may not show the flamboyance and creativity of captaincy onfield like Pataudi and Ganguly, but he subtly displayed these qualities on the field,” he continued. Asked how does he rate Kohli as the captain, Prasanna said the Delhi-based player is an “absolute combo” of Ganguly and Dhoni, but he should be a little diplomatic, which is very vital for any captain.

“Kohli has all the aggressive qualities of Dhoni and Ganguly, but he should learn to be diplomatic, which is vital for any international captain. It is good to be aggressive with his teammates in the dressing room, but not against the opponents – on the field,” he said. Prasanna said Dhoni’s retirement from Tests came as a surprise because usually captains hang their shoes at the end of a series but he did it before the final Test in Sydney.

“It came as a surprise to me. Usually captains hang their boots after a series,” he said. Prasanna said Dhoni should have announced his retirement after the Sydney Test as that way he could have guided Virat Kohli in the final match of the series.

“However, I do not want to take the charm of Kohli away as he is also a good captain as he has shown in the first Test against Australia,” he added.