MS Dhoni’s retirement: Where did it go wrong for ‘Captain Cool’?

Irrespective of Dhoni's Test record, Dhoni should be lauded for making home a indefatigable fortress. 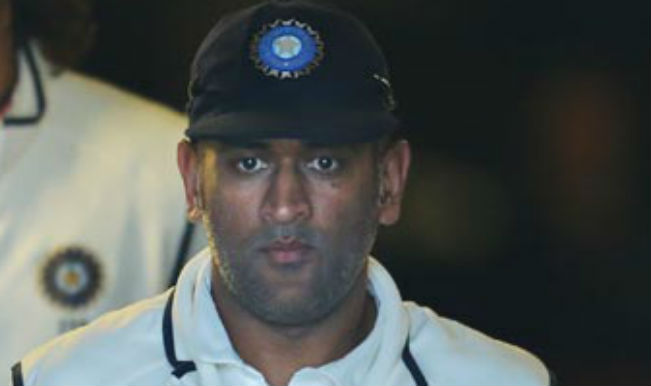 The poorest away record by an Indian captain by a fair distance and ranking among the worst in the all-time list, MS Dhoni decided to walk away from the longest format of the game, leaving the naysayers who have had their paw marks jabbed deep into the Ranchi dasher’s back after the team shuttled from one disastrous away loss after another.

If Twenty20 (T20) and One-Day Internationals (ODI) records are taken into account, he would go down as one of the best ever skippers to play the game. After years of mediocrity and near misses with various skippers in the past, India were tasting silverware at the world stage. The glitz and the glory that has come India’s way under Dhoni’s watchful eyes and six-wielding bat since 2007, is too many to document here.

After getting off to a whirlwind start as a stand-in skipper, leading the side to two comprehensive wins against Graeme Smith’s South Africa and Ricky Ponting’s Australia in 2008, the chinks in the armour were exposed pretty soon. Leapfrogging to the top of the International Test Rankings (ICC) in 2008 after which came a respectable 1-1 draw against South Africa in their own backyard in 2010, things seemed to be poised pretty well. What transpired after that would significantly alter Dhoni’s Test career.

The cracks though, began to paper through only after Dhoni masterminded the ICC World Cup 2011 win. Colossal losses in England and Australia, losing eight consecutive Tests overall, the monk-like calm head of Dhoni was on the chopper block. Preceding those nightmarish tours, critics argue that it was the West Indies tour that succeeded the World Cup that led to his downfall.

Chasing a total of 180, Duncan Fletcher and Dhoni decided not to go for the target and play out a draw against a modest bowling attack. The seeds that were sown in Dominica erupted and refused to wither away. 2013-14 season was the clincher and the disarming smile and the long locks that once became a trendsetter amongst the youth in the country gave way to a steely frown, worried lines across his forehead and cropped hair.

Outplayed in South Africa and New Zealand and pulverized in England after taking India to only their second triumph at cricket’s headquarters, Lord’s.

So where did it all go wrong and what prompted him to make this decision? Well, ‘An Indian captain undergoes more scrutiny than an the Prime Minister of the nation’ jargon that we have been used to hearing over the years might have taken in its literal shape.

The creative and daring skipper that was apparent in his initial days was traded for a defensive, passive with a man who looked scantly like he knew what he was doing. The stories behind those big glares of his still anybody’s guess.

Forget Indian captaincy, in any sphere of life, a lackadaisical attitude can make a person dangerously blasé about his surroundings or even his job. This is by no means a question of his commitment to the nation, but the sheer number of chances despite having a great blend of players — youth and experience. Other captains have been given the boot for much less.

All roads though, lead to Dhoni’s first skipper, Sourav Ganguly calling him a skipper with dual identities. When asked about it in 2012, there was an assurance from Dhoni that the indecisive skipper of away Tests and the streetsmart ‘iceman’ of the shorter formats would merge into one. The latter, for many reasons was the road taken by Dhoni and rightly so. After all, it is hard to imagine anyone bigger than Dhoni amongst the Indian lot that have gone on to make their debut in the 21st century. Despite the divided opinion, he should be lauded for making home a fortress again, a la Mohammaad Azharuddin’s period in the 1990s.