The Mudgal committee headed by Justice Mukul Mudgal has revealed four top names in Indian cricket – N Srinivasan, Gurunath Meiyappan, Raj Kundra and Sundar Raman in relation to their involvement in the Indian Premier League (IPL) 2013 spot-fixing scandal in its latest report submitted to the Supreme Court of India. 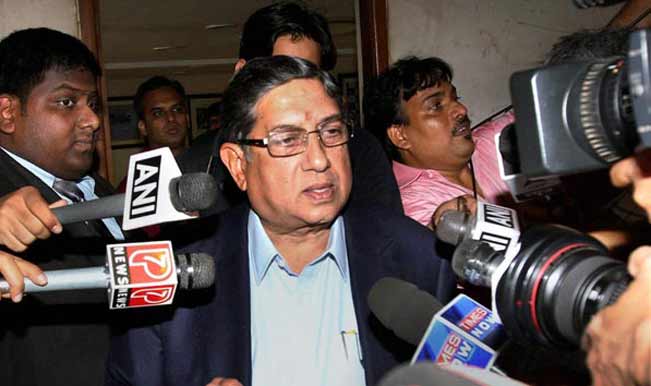 There are theories, the extent of truth in it being unverified, that Dawood Ibrahim was a mere puppeteer at the hands a much larger political game in the 1993 Mumbai blasts. There are also theories that the once the don wants to return to Mumbai, his home town, but a lot many lives of those in power will be at stake if he comes back and opens up. On being asked by Outlook as to how he felt on being termed as public enemy number one, Dawood replied saying, “Let me suggest that you review your judgement and analyse if I am the public enemy number one in India or [is it] those who are selling even the post of peon for Rs 50,000 to the downtrodden in Mahatma Gandhi’s India. Please tell me if I am the public enemy number one, with all my income fully documented and declared, what about those who in their quest to multiply their hidden billions didn’t even spare the food of animals.” Also Read - 'It Pains Me To See...'! Shilpa Shetty Kundra Breaks Silence Over Rs 1.51 Crore Cheating Case

This time around, there is déjà vu, albeit a crime of a much-lesser extent. The Mudgal committee headed by Justice Mukul Mudgal has revealed four top names in Indian cricket – N Srinivasan, Gurunath Meiyappan, Raj Kundra and Sundar Raman in relation to their involvement in the Indian Premier League (IPL) 2013 spot-fixing scandal in its latest report submitted to the Supreme Court of India. The report also demands that those involved in the fixing scandal be ‘put behind bars’. Also Read - More Trouble For Shilpa Shetty-Raj Kundra: Rs 1.51 Crore Cheating Case Filed Against The Couple

The report serves as an important document to make realise that the malaise in the game is much deeper than it is shown on the surface. It is not merely the greed of a few cricketers, banning of whom, can clean the game from its evils. The names mentioned in the report are of those who have deep influence on not just multiple players involved, but also have a on a number of other departments of the game.

The question here is, if the BCCI and IPL are seen as private bodies, can a harsh punishment be meted out to those concerned? Is this a convenient getaway for the body, despite millions of people being stakeholders of the game and in turn also responsible for its flourishing economy? And if at all the BCCI is a private body, why is it exempted from tax? Shouldn’t it be brought under the Right to Information Act (RTI), under these circumstances?

Maybe if it is indeed brought under RTI, a lot of politicians and administrative bigwigs will have to face the music as the game has been under the public scrutiny for a long time. This can lead to only two possible results – either the game will cleanse itself from all its wrongdoings or public interest will be lost and it will spell doomsday for the massive economy running around it. This in turn will lead to sports fans shifting their focus and fervour around other developing sports in the country like kabaddi, tennis and football.