Mumbai Indians are not only the defending champions but also the Champions League T20 title holder. 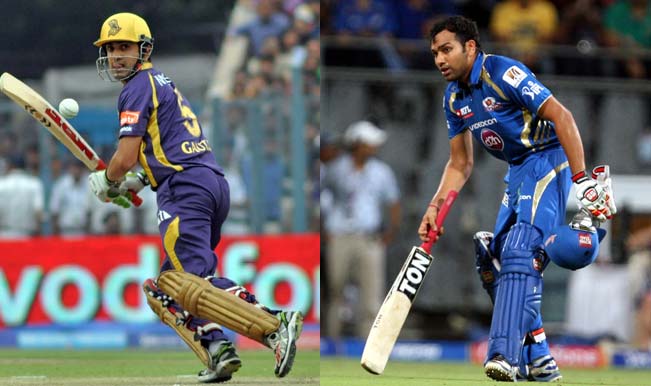 Also Read - Virat Kohli Not a Bad Captain But Rohit Sharma is Better, Difference Between Them is Huge: Gautam Gambhir

Mumbai Indians lead head-to-head 10-2 against Kolkata Knight Riders. The first match of the tournament at Sheikh Zayed Stadium in Abu Dhabi for the UAE leg of IPL 2014 will launch the tournament with a bang. Also Read - BCCI Earned Rs 4,000 Crore From IPL 2020, Viewership Increased by 25 Per Cent

Mumbai Indians are not only the defending champions but also Champions League T20 title holder will look forward to adding the third straight title with the IPL 2014.Playing under the leadership of young Rohit Sharma, the team would be high on confidence with the return of Sachin Tendulkar as the icon of their side.

Kolkata Knight Riders who ended up 7th in the 2013 edition of IPL would like to redeem their chances in IPL 2014. Led by experienced and aggressive captain Gautam Gambhir, KKR is one of the most sought after team. With a lineup of blistering batsman with the likes of Robin Utthappa, Yusuf Pathan and the captain himself, one should expect some fireworks.