Srinivasan allegedly paid 14 crores from BCCI's coffers to track the whereabouts of the rest of the BCCI members. 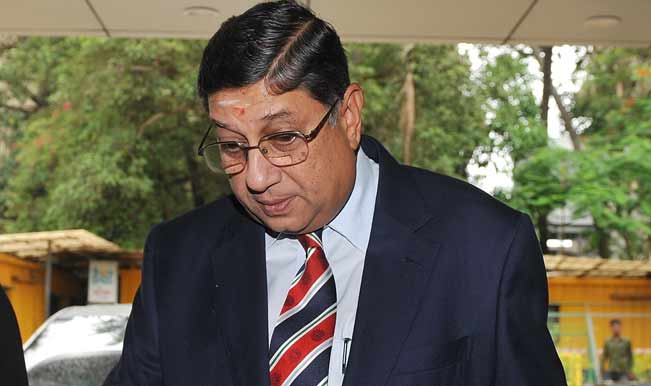 Amidst all the reports of controversies that has surrounded N Srinivasan, his clan and Chennai Super Kings in recent years, fresh reports state that the Cricketing strongman hired a London-based private firm to snoop on a set of Board of Control of Cricket in India (BCCI) members. This news comes in just a few hours after secretary Anurag Thakur was spotted with a bookie. Also Read - IPL 2021 Date And Schedule: T20 Tournament to Start From April 9, Final to be Played on May 30 - Report

According to an NDTV report, Srinivasan paid 14 crores from BCCI’s coffers to track the whereabouts of certain BCCI members. It is said that that their phones were tapped, conversations recorded. Even their computer systems were hacked into and their e-mails tracked. Also Read - IPL 2021 in Mumbai? BCCI to Get Full Support From Government to Host T20 Tournament at Venue

Under new president Jagmohan Dalmiya, the new team will have a working committee meet on Monday to discuss the alleged misrepresentation of Indian Premier League (IPL)  side Chennai Super Kings’ (CSK) assets. The IPL governing council also raised questions over the funds of CSK, which the owners remain confident of showing at moderate value.

According to reports, the future of the Champions League T20 (CLT20) will also be discussed as the tournament has proven to be a disaster in recent years. As for Srinivasan, this piece of news may end up having a ripple effect amongst certain board members, who have already raised questions over transparency in the past. With High Court also overruling Srinivasan recently, more trouble is in store if found true.