Ashwin Srinivasan revealed that he and his partner, Avi Mukherjee were being held captive by his father and has been arm-twisted to end the relationship. 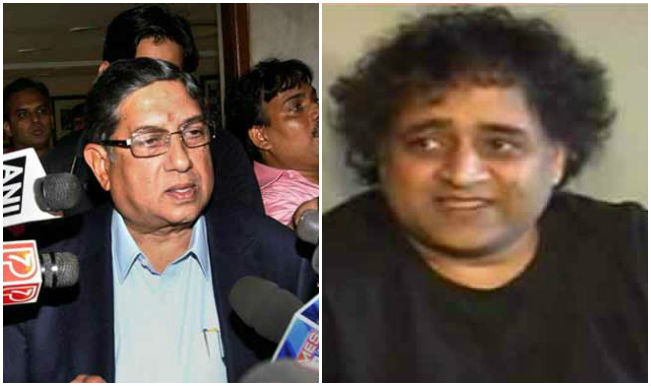 N Srinivasan and his family have been one of the biggest newsmakers in the world of cricket over the last couple of years. Though it has been doing the rounds in India’s cricket circles over the last few years, there are letters that reveal that the strongman forced his gay son, Ashwin to marry a girl and continue his business. Also Read - Arjun Tendulkar, Son of Sachin Tendulkar, Gets Maiden Wicket on Debut For Mumbai in Syed Mushtaq Ali T20 Trophy | WATCH VIDEO

In a report from DNA, Ashwin Srinivasan revealed that he and his partner, Avi Mukherjee were being held captive by his father and has been arm-twisted to end the relationship. Ashwin said, “I want my father to give me my share of the family property and let me live my life like I want with my partner Avi.“We’re being held captive against our will and tortured by my father who wants me to break up with Avi, get married and have children to further the family line,” Also Read: N Srinivasan allegedly hired private agency to spy on BCCI members Also Read - Navdeep Saini Injury Update: BCCI Team Monitoring Fast Bowler After he Complained of Groin Pain

The letter from Srinivasan to Ashwin, dated June 2007 read, “Ash, you are my only son. Both your mother and I love you very much. You are aware of the hope I had for you,” and advises, “I feel you need to do certain things to help yourself”, before going to explicitly state, “I have saved money through my own hard work.

All the letters are in possession of DNA. There are more exchanges between father and son, where the tone of Srinivasan’s letters are harsh and threatening. Despite the warnings, his son refused to budge and pander to Srinivasan’s demands.

The former Board of Control for Cricket in India’(BCCI) chief’s family has been in the news for all the wrong reasons. First, it was his son-in-law, Gurunath Meiyappan who was charged for match-fixing during Indian Premier League (IPL) 2013. Another shocking revelation from that season to have come out was that Meiyappan was not even a member of the board nor a stakeholder in the board.

Last week, there were reports of the India Cements owner hiring a private agency in England to spy on BCCI members. Srinivasan continues to be inaccessible and refused to comment on the latest issue to have emerged from his stables.