N Srinivasan’s son Ashwin: Every knock on the door seems like our death is imminent 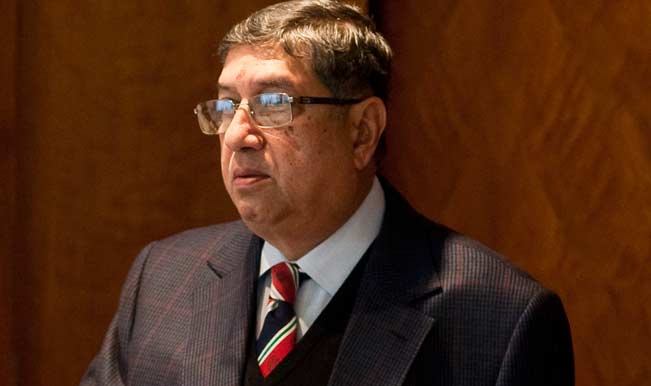 Just when the Justice Mukul Mudgal Committee report wasn’t enough to frustrate the former Board of Control for Cricket in India (BCCI) President N Srinivasan, his son Ashwin has come out in the open and lashed out at his father for his cruel demeanour against him and his gay partner Avi Mukherjee. The father-son duo has had an estranged relationship ever since the latter came out of the closet. Also Read - IPL 2020: Ravi Shastri Slammed For Calling Wriddhiman Saha 'Best Keeper Gloveman in The World', Fans Ask 'What About MS Dhoni'?

Two years after admitting that his father tried homophobia to cure him of his homosexual behaviour, Ashwin now tells that he fears for himself and the life of his partner. “Every knock on the door seems like our death is imminent. I want the world to know the truth. If I’m gone, it will never come out,” Ashwin told DNA. Also Read - IPL 2020 News: Sourav Ganguly Calls IPL 'Best Tournament in The World', Happy With Smashing Success in Terms of Ratings, Viewership

According to the report in DNA, Ashwin and Avi are currently placed in at the Tony Boat Club near Chennai against their wish. “I want our freedom and our lives back and also the rightful share in the family wealth,” he said.

Srinivasan is currently in news following the revelations made by the Justice Mukul Mudgal Committee which held guilty top brass people associated with the Indian Premier League (IPL) like Gurunath Meiyappan, Raj Kundra and Sundar Raman. Even as it didn’t accuse N Srinivasan of any of any direct or indirect link with fixing, the report in subtle ways directed that Srinivasan never accepted Gurunath Meiyappan’s role as the Chennai Super Kings (CSK) Team Principal and called him purely a ‘cricket enthusiast’.