The 15-day event will see competitions for a total of 365 gold medals, an equal number of silver medals and 477 bronze medals. 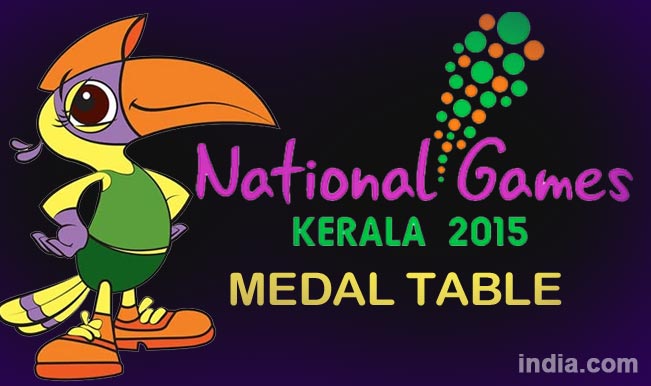 Hosts Kerala displaced Haryana from the second place National Games 2015 medal table owing to a strong athletics performance to take their total to 133 including 41 gold, 38 silver and 54 bronze. Meanwhile, Services Sports Control Board’s (SSCB) stayed on course for third straight National Games title as they maintained their domination on the medals table to remain on top with a tally of 143 (84 gold, 27 silver and 32 bronze so far). Haryana took the third spot with 34 gold, 31 silver and 26 bronze. Also Read - National Games 2015: Vijay Kumar notches up 2nd Golden Double

The 2015 National Games of India, also known as the 35th National Games of India, commenced on 31 January 2015 and would continue till February 14 across seven districts in Kerala, India. It is the second time that Kerala is hosting the national games after it hosted the 27th National Games in 1987. There are 33 sports disciplines in 2015 Kerala Games. The 15-day event will see competitions for a total of 365 gold medals, an equal number of silver medals and 477 bronze medals.