The national record holder, who grabbed 10,000m gold and 5,000m silver in the 2010 Guangzhou Asian Games, denied that age was a factor in her decision to retire. 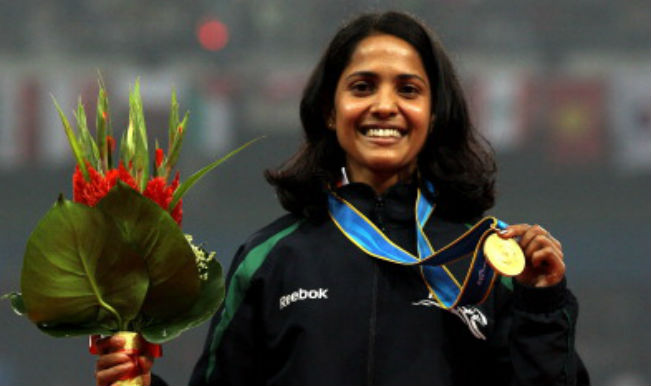 Thiruvananthapuram, Feb 6: All set to retire from athletics after the ongoing National Games, top Indian long distance runner Preeja Sreedharan today said that she has decided to call it quits not because of age but due to her desire to spend more time with family. The 32-year-old Preeja said although she can continue to give good performances, her priority now is her family. Also Read - National Games 2015 Medal Table: Kerala jumps to 2nd place, Services SCB dominates Medal Tally

“I have been on the tracks for around two decades. I toiled hard in these years to better my sporting career. But, on the other side, I got very little times to spend with my family. So, I think it is the suitable time to stop or at least take a break from sports to spend more time with my near and dear ones,” Preeja told PTI. Also Read: National Games 2015 Medal Table: Hosts Kerala fourth-ranked, Services SCB dominate Medal Tally Also Read - Sachin Tendulkar heaps praise on top Athletes in 35th National Games

The national record holder, who grabbed 10,000m gold and 5,000m silver in the 2010 Guangzhou Asian Games, denied that age was a factor in her decision to retire. “I think long distance runners can showcase good performance even after they cross 30 years especially during early and mid 30s. There are many foreign athletes who have done this. This has no connection with my retirement,” she said. Also Read - National Games 2015: Vijay Kumar notches up 2nd Golden Double

Preeja said in other countries, women continue to touch new heights even after starting a family but in India, they are more or less expected to quit after marriage. “Majority of us prefer to wrap up our career after marriage. This reflects poorly on our society,” the Arjuna awardee said.