How ready will be the alternate venues in the IPL? It is the big question post Supreme Court ruling

Will things be ready in time? Will there be swift preparations, cutting the usual chaos? Time will answer those questions but that is what is on everyone’s mind after the recent developments concerning the IPL. Also Read - Over 200 School Students, Staffers Test Positive For Coronavirus in Maharashtra Hostel | Lockdown Likely?

The Supreme Court has ordered that no IPL matches should be held in Maharashtra post May 1. It is an order that is probably on the expected lines as far as the fate of the tournament in the drought-hit state is concerned. The affected venues in the state include Mumbai, Nagpur and Pune. Also Read - Coronavirus: Maharashtra Reports 8807 New Cases, 80 Deaths; Districts Asked to Ramp up Testing

Now, as many as 13 matches will be moved out of Maharashtra. It also includes the final which will be played in Bangalore. There has been a lot of general focus on the IPL as it always is during the summer. Also Read - UPSC Exam 2021: Supreme Court Dismisses Plea Of Last Attempt Civil Service Candidates

Earlier, the Bombay High Court expressed its concern over the water crisis in the state of Maharashtra. It has been an ongoing talking point with respect to the IPL this year. Alternate venues have been talked about as the stadiums where the Maharashtra-based teams can find home. 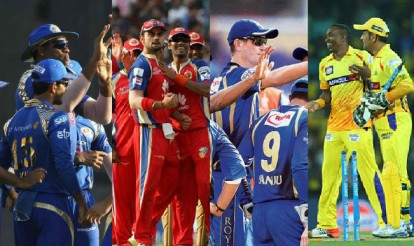