It comes as no surprise as he topped the Times 50 Most Desirable Men of 2014. 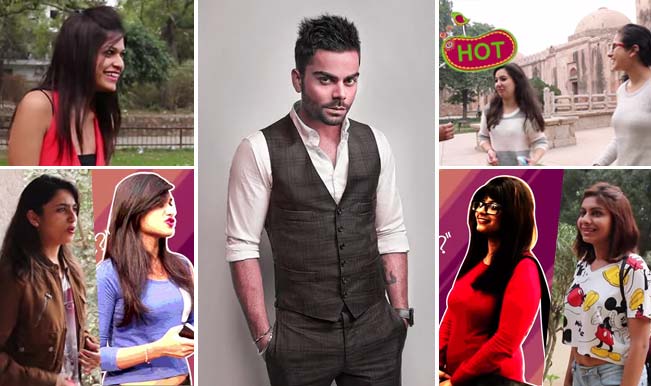 There is no denial over the Indian batting stalwart Virat Kohli is the man of the moment. He is scoring runs at will on field while his smouldering looks has won him one of the hottest actresses in Bollywood, Anushka Sharma as his girlfriend. The Royal Challengers Bangalore (RCB) captain has got everything – looks, attitude and success. Well, these qualities have not gone unnoticed by Delhi’s female fans, who would not mind going for a one-night stand relationship with the Delhi cricketer! It comes as no surprise as he topped the Times 50 Most Desirable Men of 2014. Also Read - It Could Have Been 'Ee Sala Cup Namde', RCB Fans Will be Disappointed - Irfan Pathan

A YouTube channel YTV Network posted a video – A One Night Stand with Virat Kohli? Indian Girls talk about Dating – AWESOME REACTIONS that had the host asking few questions to beautiful Delhi girls related to cricket and dating together. On being asked about which cricketer they would love to date, the answers were quite unanimous with Virat Kohli winning by miles. They were very few who went ahead with the likes of Sachin Tendulkar, Rahul Dravid, Brett Lee and Daniel Vettori.
Also Read - Rishabh Pant Donates Undisclosed Amount to Procure Oxygen Cylinders, COVID-Related Kits

The girls were also asked about the qualities that made Virat Kohli such a craze among girls, to which they responded by saying – his attitude, his looks, the determination, killer instincts and his better English compared to other Indian cricketers! The girls, when reminded over Virat being in a steady relationship with Bollywood hottie Anushka Sharma became a bit jealous and did not mind thinking about being in just a one-night stand relationship! Kudos. Watch the awesome video and insanely *all-giggles’ reactions video.