Oscar Pistorius got away with murder, feels Reeva Steenkamp’s brother

Pistorius was released on bail until the 13 October, when his sentence will be delivered, the report added. 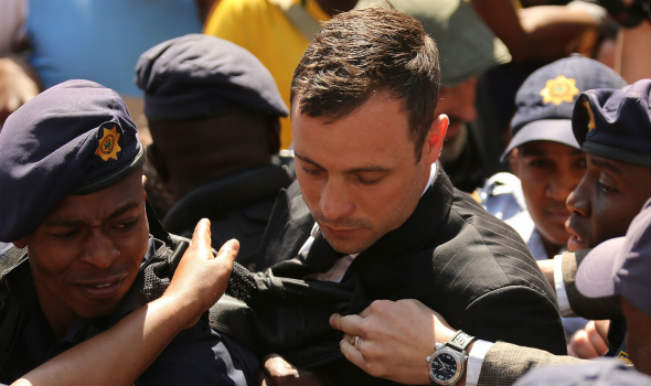 London, Sep 15: Reeva Steenkamp’s brother Adam Steenkamp believes that Oscar Pistorius effectively got away with murder, after the Paralympic runner shot his sister dead last year and was found guilty of culpable homicide. The judge had ruled that Pistorius has been found guilty of culpable homicide, the equivalent of manslaughter in the UK, after he fatally shot his girlfriend Reeva on Valentine’s Day in 2013. Also Read - Paralympian Oscar Pistorius Injured in Prison Fight in South Africa

A sentence of life in prison is now off the table, but the former Olympic and Paralympic athlete could still face up to 15 years behind bars, The Independent reported. however, those facts have brought little relief to the Steenkamp family, and the late model’s British brother Adam believes that Pistorius effectively got away with murder and denounced the sportsman’s testimony in court as a grotesque pantomime. Also Read - Oscar Pistorius, Former Paralympic Champion, Injured in Prison Fight in South Africa

Adam said that in his heart he knows Pistorius has got away with it, adding that the double amputee has got away with murder. He said that he does not understand the logic of acquitting someone of murder who fires four rounds into a very small toilet cubicle.

Reeva’s brother said that it is not the action of someone not intending to kill. The rest of Adam’s family, however, including his father, has remained calm and solemn throughout the judicial process. He said that one tries not to be too angry because that seems the wrong thing to do, and added that they are looking for the positives and what can come out of this and make things better instead of worse.

Adam’s parents divorced when he was three and he moved to England in his teens. He revealed that he kept in close contact with June, his father’s second wife and Reeva’s mother, and his father Barry. Adam further said that the very least one could accept is the verdict of culpable homicide, adding that it would have been crazy if Pistorius had walked free having killed someone.

Adam had been looking forward to a visit from Reeva to the home he shares in Suffolk, England with his partner and two young children. He said that they had a wonderful connection and missed each other incredibly in the times between seeing each other. Pistorius was released on bail until the 13 October, when his sentence will be delivered, the report added.