India would be looking at their Table Tennis players to strengthen their grip in the rankings and move up one place. 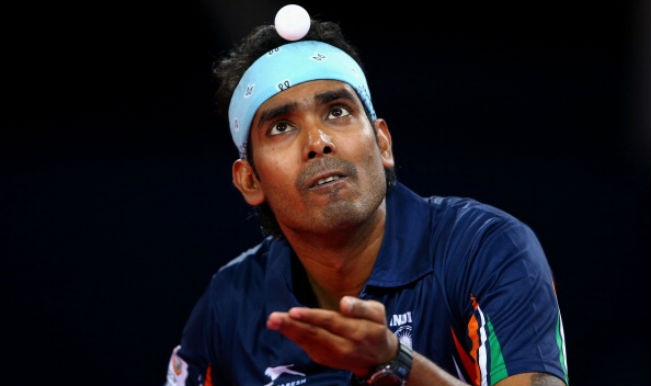 Day 8 of the 20th Commonwealth Games in Glasgow was one of the best days for Indian cutting across the events. India has moved up to 5th place in the medal tally by virtue of winning 3 gold medals and is now just 1 gold away from displacing host nation, Scotland from the fourth place. Scotland currently has a total of 43 medals with 14 gold. Also Read - Jawaharlal Nehru Stadium in New Delhi to be Redeveloped at a Cost of 7,850 Crore

India would be looking at their Table Tennis players to strengthen their grip in the rankings and move up one place. Eyes of the whole nation would be on Indian doubles pair of Sharath Kamal and Anthony Arputharaj when they take on the Singapore pair of Z. Yang and J. Zhan in the men’s doubles second semifinal here in Glasgow. Earlier the Indian duo overcame the spirited challenge of English pair of D. Reed and S. Walker in their third Quarterfinals. They won the hard fought match, 12-10, 11-6, 7-11, 11-8 to advance to the semifinals. Also Read - 2022 World Athletics Championships Set For July 15-24

There was good news in the men’s singles event as well, where Indian top paddler Achanta Sharath Kamal defeated Ashley Robinson 11-7, 11-4, 11-6, 11-5 to move into the third round. Sharath will take on S. Toriola today for a place in quarterfinal. Meanwhile Harmeet Desai won the epic match against Australian David Powell 4-3 to advance to the next round. Harmeet defeated David 11-4, 7-11, 11-13, 9-11, 11-6, 11-3, 11-5 and will now take on J. Zhan of Singapore in the round of 16. Also Read - Thought I Made a Big Mistake After Hearing Polish Open Being Suspended: Achanta Sharath Kamal

Earlier in the day, Indian mixed doubles pair of Sharath Kamal and Shamini Kumaresan lost their quarterfinal match against Reed and Kelly Sibley 7-11, 9-11, 11-5, 14-12, 4-11 to bow out of the competition. While the Indian men’s doubles team of Harmeet Desai and Soumyajit Ghosh lost to N Gao and H Li of Singapore in the first quarterfinal match 12-10, 9-11, 8-11, 8-11. In women’s singles, Manika Batra lost her quarterfinal match to Y Lin of Singapore.

There was some good news in store for India in women’s double team event, where the duo of Ankita Das and Poulomi Ghatak defeated Trinidad and Tobago pair of A Edwards and C Spicer 11-7, 11-3, 11-4 to move into women’s doubles third round. They next play Malaysia in their third round match; while the team of Shamini Kumaresan and Madhurika Patkar defeated the Northern Ireland duo 3-1 in the 2nd round. The Indians will take on the Australian pair today in their 3rd round match.