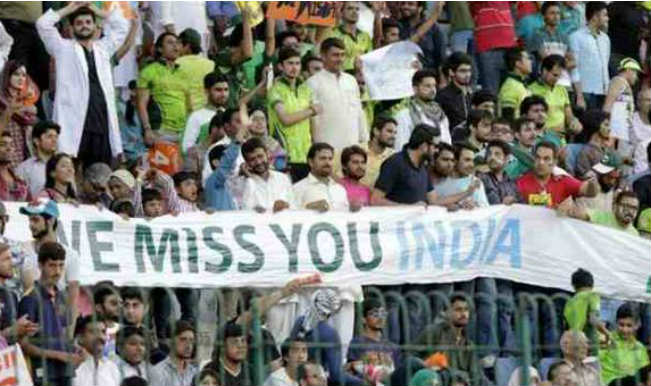 As international cricket returns to Pakistan, fans in the South Asian country are happy and in a festive mood. Lahore’s Gaddafi Stadium, the sole venue for the Zimbabwe series 2015, has turned into a fortress with security personnel guarding every corner. But what is heartening to see is the presence of fans in huge numbers. The jam-packed stadium with noisy atmosphere overshadows the presence of armed guards at the venue. What is even more heartening is that Pakistani fans are showering their support not only on their home team but the visitors as well. Placards and posters thanking the Zimbabwe cricket team is a common sight in the stadium, as cricket comes home for Pakistan. But guess what, they’re missing the Indians, too! Also Read- #CricketComesHome: Pakistan all set to stage international cricket after six years. Also Read - China Pakistan Economic Corridor: Where CPEC Stands Now?

During the first one-day international (ODI) between Pakistan and Zimbabwe, a section of the crowd in Gaddafi Stadium was seen holding a banner that stood out from the rest. It was not acknowledging the Zimbabwe team, neither was it any random ‘Boom Boom’ fan holding the placard. The banner was unique as it read ‘We miss you India’. Also Read - Pakistan Court Sends 3 Accused To Jail in Forced Conversion Case

Yes! Fans at Gaddafi are not missing out on an opportunity to send Team India an invitation, as they want the Men in Blue to travel to Pakistan. They feel Pakistan is ready and well capable of hosting a top-notch Test playing team like India. Just look at the pictures of these fans! Also Read - Suspected Militants Lob Grenade at CRPF Party In Srinagar’s Rainawari Area, No Casualty Reported 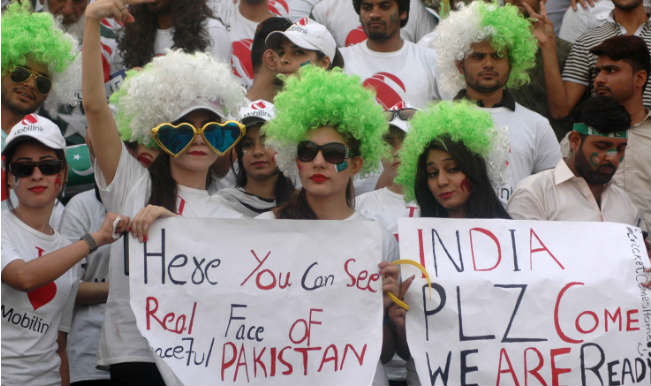 Going by the current scenario, the Indian cricket team travelling to Pakistan looks distant. But cricketing boards of the two nations – the Board of Control for Cricket in India (BCCI) and the Pakistan Cricket Board (PCB) – are in touch with each other for a bilateral series either in India or the United Arab Emirates (UAE).

Despite being aware of the fact that most of the Test-playing nations won’t consider travelling to Pakistan, it’s nice to see fans in the country doing their bit in trying to promote the spirit of the game.

After Pakistan hosted an international game for the first time after six years, fans are hopeful that more and more cricket will come their way. The optimism in the air is quite visible, as the tour by Zimbabwe inches towards being a successful one. Cricket, no doubt, has been the winner so far!