The chairman of the Pakistan Cricket Board (PCB) Shaharyar Khan has said that the recent incident in India involving the national hockey team players can have adverse effects on the cricketing ties between the two countries. 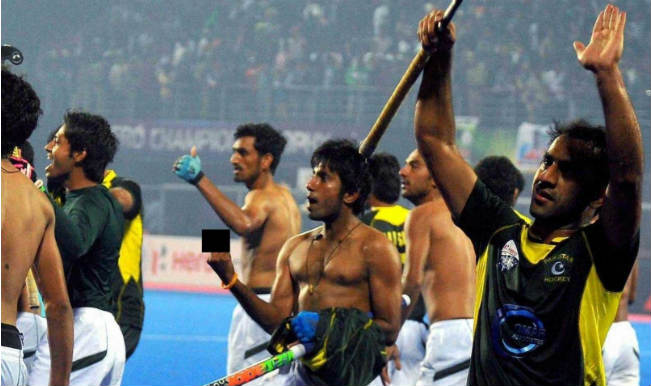 The chairman of the Pakistan Cricket Board (PCB) Shaharyar Khan has said that the recent incident in India involving the national hockey team players can have adverse effects on the cricketing ties between the two countries. Khan, who had served as High Commissioner in New Delhi, felt that while political and diplomatic relations between the two countries remained tense on a regular basis the Indian media and public had also developed negative feelings about Pakistan after the incident in the Champions Trophy hockey tournament. Also Read - PSL Schedule: PCB to Hold Remaining Matches in Lahore After IPL 2020 in UAE

“Yes it could have adverse effects and it could affect any chances of our players being invited for the Indian Premier League,” Khan told ‘Geo Super’ channel. The Indian hockey body lashed out at the Pakistani players after their celebrations went over the top following their victory over the hosts in the semifinal of the tournament last week. Also Read - Pakistan Cricket Board Not Impressed With Saqlain Mushtaq For Praising MS Dhoni on His Youtube Channel

Khan said even in most difficult situations the relations between Pakistan and Indian cricket boards had remained cordial.  “What had happened left its negative impact but so far we have good relations with the Indian board,” he added. He felt the bail granted on Thursday to Abdul Rehman Lakhvi in the Mumbai terror attacks case will also lead to negative reactions in India about Pakistan.

“We are maintaining good relations with the Indian board even at the ICC level and we are looking forward to hosting India in the bilateral series next year in UAE,” the PCB chief said. Asked about the delay in issuance of visa to Pakistan’s Mohammad Hafeez to fly to Chennai for his bowling action test, Khan said efforts were being made at the highest level to get the visa as soon as possible.

“There has been a delay but I have spoken to our High Commissioner in India and hopefully Hafeez will be able to proceed to Chennai soon. As soon as the visa comes we will send him because the bowling centre in Chennai is accredited by the ICC,” he noted.