Raza Hasan has just one ODI against his name 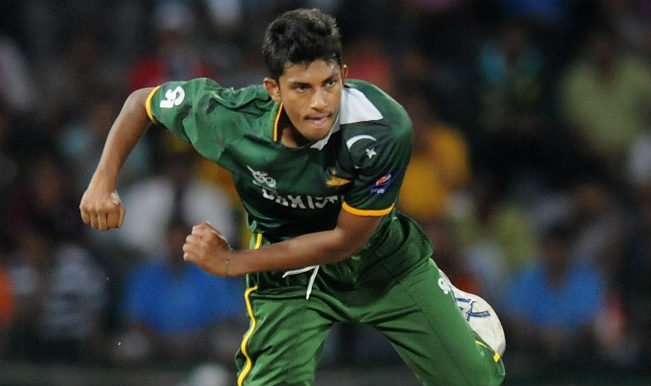 Pakistan Cricket Board (PCB) has handed a two-year ban to spinner Raza Hasan, who tested positive for a prohibited substance. PCB had conducted in-competition dope test through an independent collecting agency during the Pentangular Cup 2015 held at Karachi. The agency had also collected the urine sample of Raza Hassan cricketer during the match played on January 7, 2015. Also Read - Pakistan Court Sends 3 Accused To Jail in Forced Conversion Case

The sample was forwarded to a World Anti-Doping Agency (WADA)-accredited laboratory for analysis. The laboratory gave an adverse analytical finding for the presence of a banned substance.  “In accordance with the Anti-Doping Rules and with the approval of the competent authority, Mr. Raza Hassan is being imposed with a ban that will make him ineligible to participate in the sport of cricket for a period of two (2) years’’, PCB release said. Also Read - Suspected Militants Lob Grenade at CRPF Party In Srinagar’s Rainawari Area, No Casualty Reported

The Press release further stated, “During the period of ineligibility, he will not be entitled to participate in any capacity, in any cricket match or activity (other than authorized anti-doping education or rehabilitation programmes) authorized or organised by the PCB’’.

Hasan, the slow left-arm orthodox bowler, has featured for Pakistan in just one one-day international (ODI) and ten T20s so far. He made his T20 debut against Australia in 2012 and two years later got his maiden ODI call against the same opposition.