Pakistan and Afghanistan will lock horns with each other at Headingley in Leeds.

Riding high on two successive victories for the first time in ICC World Cup 2019, Pakistan would look to extend their unbeaten run to another game and make their case to qualify for the semi-finals a stronger one. Facing a dismal Afghanistan, the task ahead for the Sarfaraz Ahmed-led side should be easy. But they should not get complacent and take their opponents lightly as seen against India, Afghanistan can put up a spirited performance and hold the capability to shock any team in the world.

Wat was supposed to be a story of enlightenment and learning, has instead been a case of confusion, drama and failure for Afghanistan. Touted, in the beginning, as a minnow who could create a few upsets, the Gulbadin Naib-led side have not only failed to implement themselves on field, but some off-field issues have also disturbed the psyche of the team in the mega event. However, the team looked revived against India as they put up a gritty fight against mighty India and if the same continues they might put up a strong fight against Pakistan today.

To everyone’s relief, there has been no reports of rain prediction in Leeds for the day. The Met Office have predicted clear weather with cloud covers hovering over the sky in between a bright sunny day. The weather is expected to remain around 23-27 degree Celcius throughout the day. 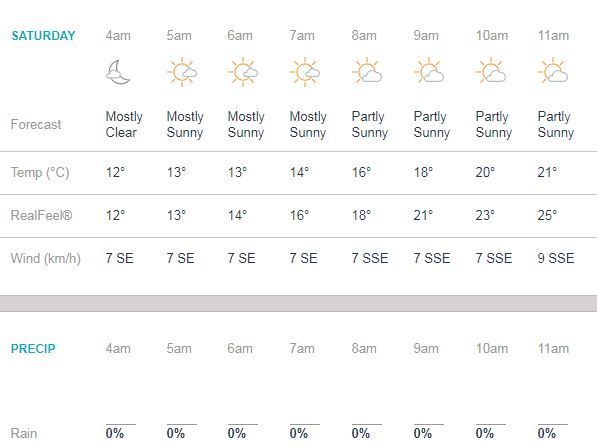 The track in Headingley is not expected to be a safe haven for the batters. In the only match that has been played, spinners got assistance. The pitch is expected to behave in no different and could slow down further as the game progresses. However, with quality spinners in both the sides, Pakistan and Afghanistan think-tank would be happy seeing the side. Also this track could provide the out-of-form Rashid Khan a perfect chance to stage his comeback.