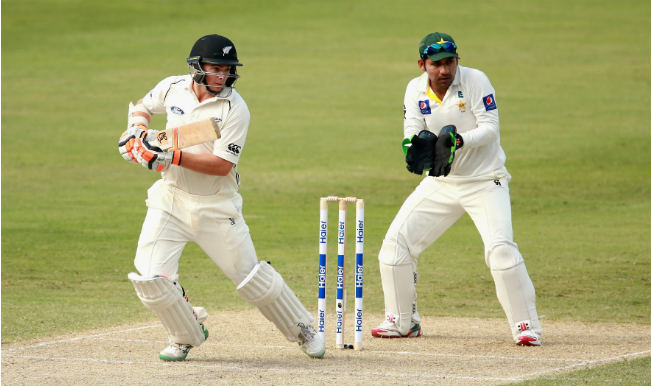 Watch the free live cricket streaming and telecast as New Zealand resume Day Two on 243 for three against Pakistan at the Dubai International Cricket Stadium in Dubai on Tuesday. Pakistan bagged two quick wickets on Day Two as both the overnight batsmen – Tom Latham and orey Anderson were dismissed within the first two overs of the day. The match is set to start at 11:30 am IST (10:00 am local time) and live telecast in India will be on Ten Cricket and Ten HD. Live streaming links will be available on Ten Sports’ official website. Viewers based in Pakistan can stream the match online at PTV Sports’ official website. Also Read - Long March 5B, Chinese Rocket Debris Likely To Hit Earth In Next 24 Hours

New Zealand provided good resistance against Pakistani bowlers who have been extremely successful over the last three Tests. Brendon McCullum and Kane Williamson provided good support to Tom Latham who has applied well in the United Arab Emirates (UAE) conditions and emerged as the best batsman of the Kiwis in the series. Also Read - Amazon to Add Pakistan to Its Approved Sellers' List. Here's What it Means

Meanwhile, Pakistani bowlers for the first time this year in UAE has come across a stiff resistance, wherein the opposition batsmen are taking full advantage of conditions favouring batting. Latham, playing only his sixth Test, hit Zulfiqar Babar for a six to reach 90s and after hitting a boundary off the same bowler took a single to complete his century off 192 balls. New Zealand batting coach Craig McMillan praised Latham. ”Obviously an exciting day for us,” said McMillan. “He (Latham) has come through in an excellent manner and backed up his first Test hundred to prove that he is an exciting talent.”

“If we can continue to bat like this and put a 450-plus total then we can put pressure on Pakistan, like they did on us in Abu Dhabi.” Pakistan, missing a fifth bowler after Mohammad Hafeez was left out due to a hamstring injury, toiled hard and to add to their woes did not hold their chances.

Azhar Ali let off Latham in gully when the batsman was 103 and also grassed Taylor on 11 — both off Babar. Latham, who impressed in the first Test, once again showed grit and application during his 375-minute stay, hitting 11 boundaries and a six. Babar broke the stubborn second wicket stand when he turned one across Williamson’s bat and hit the off stump. Williamson hit only one boundary during his patient 86-ball knock. (with inputs from AFP)