Catch the Live Streaming of Day four of the 2nd Test between Pakistan and New Zealand here. 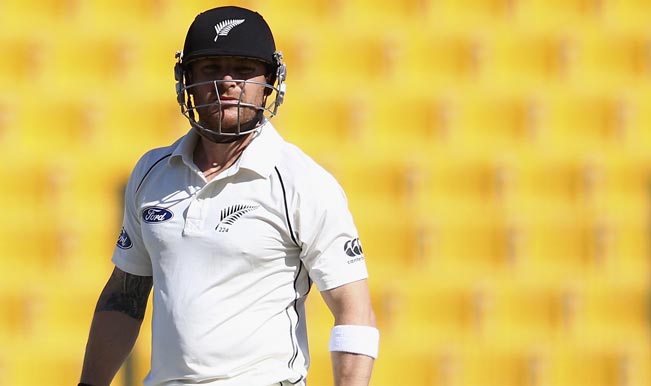 Watch the free live cricket streaming and telecast as Pakistan resume Day four on 281 for six against New Zealand at the Dubai International Cricket Stadium in Dubai on Thursday. A good collective bowling effort by New Zealand on day three that culminated in snaring a couple of late wickets, including the solid Azhar Ali changed the course of the contest. The match is set to start at 11:30 am IST (10:00 am local time) and live telecast in India will be on Ten Cricket and Ten HD. Live streaming links will be available on Ten Sports’ official website. Viewers based in Pakistan can stream the match online at PTV Sports’ official website. Also Read - New Zealand Reports 4 New COVID-19 Cases

New Zealand bowled with discipline and, despite Azhar Ali and Younis Khan’s half-centuries, maintained their lead in the second Test against Pakistan in Dubai on Wednesday. Pakistan lost Asad Shafiq in seamer Tim Southee’s penultimate over for 44 to close the third day on 281-6, still trailing by 122 runs on New Zealand’s first innings total of 403. Sarfraz Ahmed was unbeaten on 28 and Yasir Shah on one in a day when the Pakistani batsmen failed to score big after getting good starts. Leg-spinner Ish Sodhi led the New Zealand bowling with 2-65. Trent Boult, who got the prized wicket of Pakistan captain Misbah-ul Haq, termed it a good day for New Zealand. Also Read - After Almost Being Covid-19 Free, New Zealand Records First Coronavirus Death in More Than Three Months

But New Zealand got four wickets in the next two sessions to press home their claims for a useful lead and in turn improve their chances for a series-levelling win after Pakistan won the first Test by 248 runs in Abu Dhabi. Azhar added another 50 runs with Misbah, but New Zealand hit back with the second new ball taken after 83 overs with the score at 194-3. Trent Boult claimed his first wicket in the series when he produced a beautiful delivery which got the edge of Misbah’s bat and landed in the safe hands of Ross Taylor at first slip.