Watch the free live streaming and telecast of the final day of the second Test match between Pakistan and New Zealand at the Dubai International Cricket Stadium in Dubai on Friday. 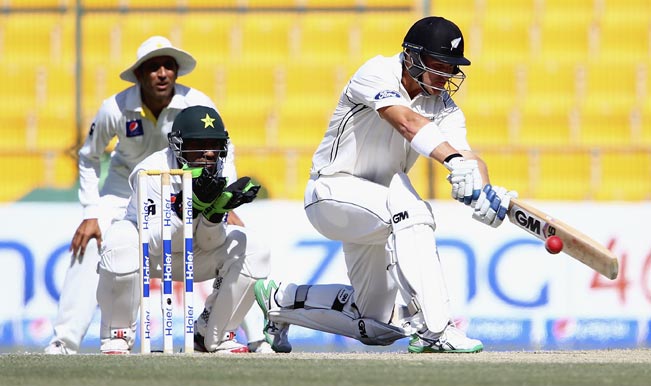 Watch the free live streaming and telecast of the final day of the second Test match between Pakistan and New Zealand at the Dubai International Cricket Stadium in Dubai on Friday. The match is heading towards a drab draw after New Zealand put up an inspired performance in the first innings taking a 10-run lead over the hosts. The match is set to start at 11:30 am IST (10:00 am local time) and live telecast in India will be on Ten Cricket and Ten HD. Live streaming links will be available on Ten Sports’ official website. Viewers based in Pakistan can stream the match online at PTV Sports’ official website. Also Read - Long March 5B, Chinese Rocket Debris Likely To Hit Earth In Next 24 Hours

After putting up a massive total of 403 runs on the board in the first innings, led by a century from opener Tom Latham, New Zealand bowlers bowled out Pakistan for 393 runs, to take a 10-run lead in the first innings. While Tim Southee picked up three wickets, Ish Sodhi and Trent Boult bagged a couple each. Also Read - Amazon to Add Pakistan to Its Approved Sellers' List. Here's What it Means

However, Pakistani bowlers struck back well to reduce New Zealand to 167 for six in the first innings. he visitors had lost their entire top order to the spin duo of Zulfiquar Babar and Yasir Shah after wicketkeeper Sarfraz Ahmed’s brilliant counter-attacking century in the first session of the day’s play cut into the Kiwis’ lead.