Watch the free live cricket streaming and telecast as Pakistan is set to take on New Zealand on Day One of the third Test match at the Sharjah Cricket Association Stadium in Sharjah on Wednesday. 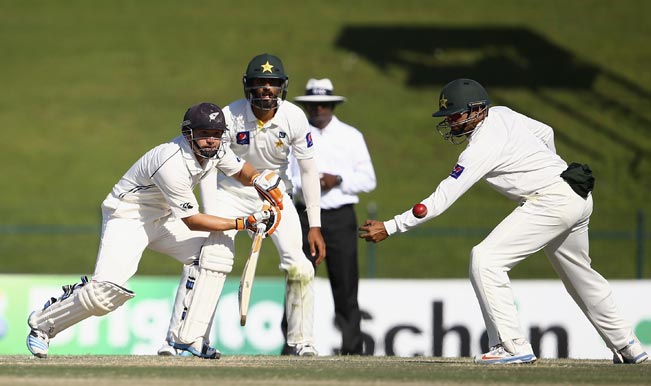 Watch the free live cricket streaming and telecast as Pakistan is set to take on New Zealand on Day One of the third Test match at the Sharjah Cricket Association Stadium in Sharjah on Wednesday. Pakistan currently lead the three-match Test series 1-0 after registering a win in the first match at Abu Dhabi. The match is set to start at 11:30 am IST (10:00 am local time) and live telecast in India will be on Ten Cricket and Ten HD. Live streaming links will be available on Ten Sports’ official website. Viewers based in Pakistan can stream the match online at PTV Sports’ official website. Also Read - Pakistani Money Heist Titled '50 Crore' Triggers Hilarious Meme Fest on Twitter, Fans Call it 'Sasta Version'

After registering a comprehensive win at Abu Dhabi, Pakistani bowlers had a tough time in teh second Test against a resistant Kiwi batting line-up. Tom Latham has been in fine form in dealing with Pakistani spinners. He has shown great application and led the New Zealand batting well. After taking a narrow 10-run lead in the first innings against Pakistan, Brendon McCullum made a match out of a dead contest by declaring the New Zealand second innings at 250 for nine. Also Read - India to Observe October 22 as Black Day to Highlight Pak-Backed Militia's Invasion in J&K

Pakistan were set a target of 261 runs to win with over two sessions to play. But a conservative batting approach saw the second Test end in a draw. Nonetheless, after a long time, a trans-Tasmanian team put up a strong contest in the United Arab Emirates.