Watch the Live Cricket streaming and telecast as New Zealand is set to resume Day three of the third Test at 249 for one at the Sharjah Cricket Stadium in Sharjah on Saturday. 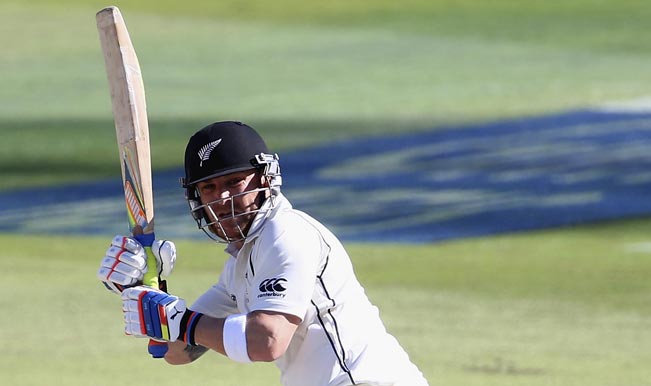 Watch the Live Cricket streaming and telecast as New Zealand is set to resume Day three of the third Test at 249 for one at the Sharjah Cricket Stadium in Sharjah on Saturday. The match is set to start at 11:30 am IST (10:00 am local time) and live telecast in India will be on Ten Cricket and Ten HD. You can watch the live cricket streaming links will be available on Ten Sports’ official website. Viewers based in Pakistan can stream the match online at PTV Sports’ official website. Also Read - Pakistan Fails to Comply on 6/27 Points on Action Plan, to Remain on Terror-Financing Watchdog FATF’s Grey List

Day Two was all about emotions running dry following the demise of Phillip Hughes. No one celebrated, New Zealand bowlers were asked to avoid bowling bouncers. Nonetheless, the innocuous off-spinner Mark Craig was enough to run through the Pakistani line-up. He bagged seven wickets and in the process ended up bagging the best figures by a bowler in Test cricket at Sharjah. Also Read - India Pushes For Pakistan to Remain on FATF Grey List, Says Pak Continues to be Safe Haven for Terrorists

Also in the process of a subdued day of play, Brendon McCullum raced away to the fastest century by a New Zealand batsmen. He was well supoported by Kane Williamson who was unbeaten on a well-made 79. Pakistan is just 102 runs ahead of New Zealand’s first innings total with nine wickets still to bag.