The ban was then subsequently applied globally by the ICC and Kaneria lost an appeal with the ECB disciplinary panel in July last year. 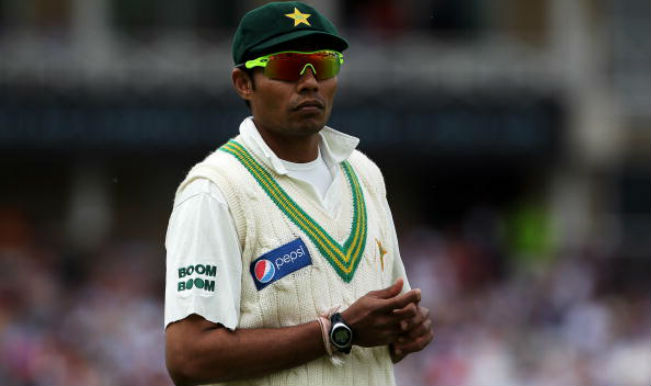 LONDON, August 12: Former Pakistan international Danish Kaneria has lost his final legal challenge in an English court against a life ban imposed by the England and Wales Cricket Board for spot-fixing while playing for county side Essex, it was announced Tuesday. Also Read - Pakistan Temporarily Shuts Down All Social Media Sites Including Facebook, Twitter

Judge Stanley Burton, sitting in England’s Court of Appeal, said an application by Kaneria to appeal against a life ban imposed by the ECB in June 2012, was “totally without merit”. Burton also decided Kaneria, who has made several attempts to get his ban overturned, could not request the decision be reconsidered at an oral hearing. Also Read - Pakistan Minister Addresses Presser 2 Hours Late, Journalists Stage Walkout | Watch Viral Video

His rulings mean Kaneria has exhausted all the legal options available to him in England to appeal a life ban which, under reciprocal arrangements between all members of the International Cricket Council, means the 33-year-old leg-spinner is barred from playing cricket worldwide.

ECB chairman Giles Clarke, responding to the Court of Appeal’s announcement, said in a statement: “ECB welcomes today’s decision to dismiss the application by Mr Kaneria to appeal the life ban imposed for his corrupt activity. “Mr Kaneria acted as a recruiter of potential ‘spot-fixers’ and used his seniority and international experience to target and corrupt a young and vulnerable player.”

Clarke added: “It is high time that Mr Kaneria came clean about his involvement in these corrupt activities and stopped misleading the Pakistan cricket fans and wider public with his empty protestations of innocence.

“We once again urge him to apologise publicly for his past actions and to start the process of redeeming himself by supporting the Pakistan Cricket Board’s anti-corruption initiatives and assisting the police and law enforcement bodies in the Asian sub-continent with the vital job of exposing and cutting off the primary source of cricket corruption.”

In May, Britain’s High Court rejected Kaneria’s bid to overturn the ban imposed by ECB for encouraging a team-mate to bowl badly on purpose as part of a spot-fixing scam. The ECB had charged Kaneria, then playing for Essex, with inducing team-mate Mervyn Westfield to “deliberately concede” runs in an English county limited overs match against Durham in 2010.

The ban was then subsequently applied globally by the ICC and Kaneria lost an appeal with the ECB disciplinary panel in July last year. The ECB took disciplinary action against Kaneria after former fast bowler Westfield agreed to “spot fix” and was jailed, the London court heard.

The incident that sparked ECB action against both players took place during a one-day match between Essex and Durham on September 5, 2009. Westfield later revealed he’d bowled “deliberately badly” after agreeing to concede 12 runs in his first over for “financial reward”, Hamblen told the court.

“In the event he conceded 10 runs, including a wide, and received £6,000,” the judge added. “For this ‘spot fixing’ he was sentenced to four months’ imprisonment in February 2012.” Westfield was also given a five-year ban from cricket by the ECB.

Pakistani cricket authorities launched an investigation after Kaneria appeared to contravene the terms of the global ban imposed by the ICC by playing in a series of Twenty20 games in Houston, Texas, in April.

Three other Pakistani players — Salman Butt, Mohammad Asif and Mohammad Aamer — are serving five-year bans as a result of a separate 2010 spot-fixing case. Asif was also stopped from playing an exhibition match in Norway last year.